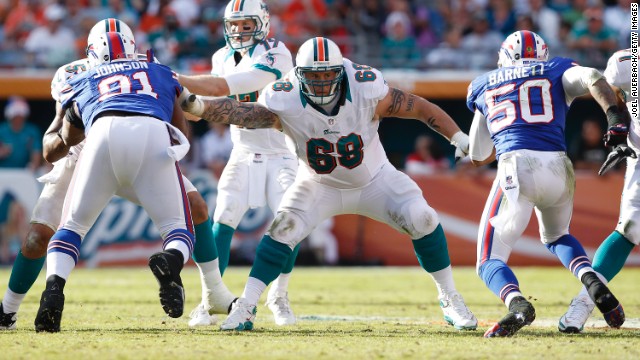 5 Things to Know for Your New Day – Tuesday, November 5

Terror at the mall: A New Jersey man kills himself after opening fire at a shopping mall. Police found the body of Richard Shoop of Teaneck, New Jersey, in a secluded area of the Westfield Garden State Plaza mall in Paramus early this morning, just hours after he opened fire, sending hundreds of patrons fleeing. They say he died from a self-inflicted gunshot wound. No one else was hurt. Witnesses tell CNN they heard up to nine gunshots.

Poppy Harlow joins "New Day" from the mall with the latest developments.

Party planners: Key elections are taking place today in New Jersey, New York, Virginia and Alabama. Need clues for 2014 and 2016? These are good places to start. Republican New Jersey Gov. Chris Christie is expected to easily win re-election in this prelim to a possible White House bid. Michael Bloomberg is wrapping up his tenure as mayor of the Big Apple after a dozen years. Bill de Blasio is the leading candidate to replace him there. In Virginia, former chair of the Democratic National Committee Terry McAuliffe is the favorite to win the governor's seat. He's a political ally of President Obama and Hillary Clinton. In Alabama, the GOP establishment and the tea party are slugging it out for the Republican nomination in Alabama's 1st Congressional district. Can the splintered party heal?

Join "New Day" as Erin McPike, Chris Lawrence and Deborah Feyerick spell out the issues throughout the morning. John King provides his insight at 6. CNN political commentators Will Cain and Marc Lamont Hill are on at 7. Crossfire host Newt Gingrich appears at 8.

Miami misconduct: The Miami Dolphins suspend Pro Bowl lineman Richie Incognito after allegations of harassment by a teammate. Jonathan Martin abruptly left the team last week. Reports say representatives for Martin submitted voicemails from Incognito, containing racial slurs and threats of physical violence, to the NFL and the Dolphins. The league says it will review the case. Some wonder if Incognito's playing days are over.

Richie Incognito is suspended indefinitely...hope his career is done http://t.co/66K5FPKOqv

The truly astonishing aspect of the Richie Incognito / Miami Dolphins scandal is that there is a person whose last name is Incognito.

John Zarrella is live from Miami at 6 and 7.

Race to the Red Planet: India aims to be the first Asian nation to successfully send a spacecraft to Mars. The orbiter began its 300-day journey to the Red Planet today from an island off the southern coast of the subcontinent. If successful, it will map the Martian surface and analyze its atmosphere. Only the United States, Russia and the European Union have been successful in reaching Earth's nearest neighbor. China and Japan have failed in their attempts. This is a big deal for the competitive Asian nations.

How does India have the money for a space programme

Malika Kapur brings us up to date on India's Mars mission at 6.

What's my name?: South Carolina police are getting to know rapper DMX pretty well these days after his third arrest in recent months. He spent three hours in jail last night before posting bond on charges of driving with a suspended license and having no car tag or insurance. An officer who recognized him pulled him over in front of the Greenville-Spartanburg International Airport. There are other arrests in his home state for marijuana possession, driving under the influence and driving without a seat belt. Authorities are familiar with DMX - whose real name is Earl Simmons - in Arizona, too, where he's been arrested a handful of times since 2007.

#SMT DMX arrested again?? When will it ever end?? Somebody please answer me.

- The Fresh Prince of Hasselhoff: Remember when David Hasselhoff and Will Smith were cool? Neither do we, but we still love this mash-up.

- It glows when you lick it: Great slogan, huh? A UK ice cream company, working with a Chinese scientist who figured out how to synthesize the luminescence protein from jellyfish, brings us this cool and expensive treat. Want to light up your own scoop? Plunk down $225 and it's yours.

- Rock, paper, scissors, cheater: How's this for a science project? The brilliant folks at the University of Tokyo are the proud developers of a robot that always wins at rock, paper, scissors. In a thousandth of a second, it recognizes what shape the hand is making and then chooses a winning move. It can't be beat.

- Serge the Llama: Hijinks are bound to happen when you mix five drunk French teenagers with an after-hours circus. The kids stumbled across the fluffy beast from the Andes after a night on the town in Bordeaux, the country's wine capital. Failing to get a finicky zebra to cooperate, they took Serge on a tour of the city's tram system until a ticket inspector put a stop to it.

- German rap: Six guys, five beer bottles, one crushed can and a helium balloon. Anything else you need to know?