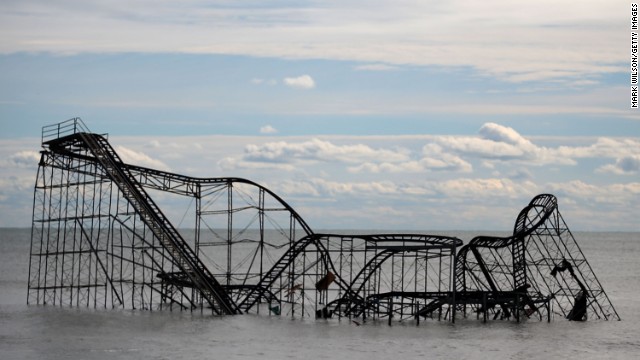 5 Things to Know for Your New Day – Tuesday, October 29

What Obama knew about spying, how we're doing one year after Superstorm Sandy, and the search for the jail shower escapees ...

It's Tuesday, and here are the “5 Things to Know for Your New Day."
Every weekday morning around 6, we’ll hit the top five stories of the day, clue you in on a few other buzzy items and let you know about some of the must-watch stories coming up on CNN’s morning show “New Day.”

Did Obama know? That’s what many are asking, here and abroad. The revelation that the National Security Agency spied on some world leaders’ phone communications has raised so many questions. Most notably: What did President Obama know and when? U.S. leaders have said Obama didn’t know about it until recently. They say he has ordered a full review. He will make sweeping changes, they say. But that has not stopped the outrage from leaders in Europe, South America and elsewhere. And that hasn’t stopped the questions. Most notably: If the President didn’t know, why not?

Analysis: Obama should have known about NSA programs http://t.co/eBQSJZ8JfG

Jim Sciutto will be live throughout the show with the latest. Marc Lamont Hill from HuffPost Live and Will Cain, a CNN political commentator, will join us at 7. Christiane Amanpour weighs in at 8.

Problem fixed: Now on to the next malfunction. The problem-plagued Obamacare website was working again Monday after falling apart Sunday. This latest disaster not only downed the already troubled federal website. It also hit state-based sites that had been working fine. It may make your eyes glaze over if we tell you the reasons for this major outage. It has to do with something called a data service hub that stopped connecting with the Obamacare website, which then disconnected with other … OK, we’ll stop. Just rest assured, officials say, this newest problem is fixed. As far as the big fix to the Obamacare website? That will come next month, the White House says.

Obamacare website, stressed me out to such a degree, I had to seek medical attention this morning!

Brianna Keilar will update us throughout the show. Dr. Sanjay Gupta tells us if Obamacare is on track at 7.

Two down: Two to go. Authorities say they’ve tracked down two of the four inmates who escaped from an Oklahoma jail. Three of the inmates were locked up on drug charges, the other on a weapons charge. But together, police say, they hatched a plan to escape through the roof of a jail shower Sunday.  The inmates had to use some ingenuity to get out. They broke a hatch above a shower head. They slithered through a crawl space and then busted through a concrete block wall. But once outside the jail it seemed for two, there wasn’t much of a plan. The two, Dylan Ray Three Irons and Prime Brown (yes, those are their real names), were found Monday about 20 miles from the jail at a convenience store. Dirty and wet. The hunt was on for the other two, who sadly have less impressive names.

Criminals with names like "Prime Brown" and "Dylan Three Irons" are now known as the "Jail Shower Escapees." http://t.co/m4Aj8kQKeH

George Howell will brief us on the search.

One year later: This time last year, Superstorm Sandy was upon us. The monster storm carved a path of destruction from the Caribbean to New England. It left more than 100 people dead, damaged hundreds of thousands of homes and left images of despair we will soon not forget. One year later, the scars of Sandy are still visible. From subway stations in New York to boardwalks in New Jersey, there are many things still needing repair. But also one year later, there are signs of recovery. An immigration museum at Ellis Island, severely damaged by the storm, reopened this week.

"This was the worst storm we have had in the history of New York" @RepPeteKing on #SuperstormSandy. #AC360

Here is a look back at the hours surrounding Superstorm #Sandy http://t.co/6lyiRCd4er #81Hrs #1YrLater

Deborah Feyerick will join us at 7. Indra Petersons will also join us live from Seaside Heights, New Jersey.

Rap sheet: Despite assurances by his lawyers that he’s done nothing wrong, Chris Brown can’t seem to stay out of trouble. And this weekend’s arrest could derail the R&B singer’s journey to redemption. Brown and his bodyguards are accused of beating a fan outside a D.C. hotel. A judge dropped the charge down to a misdemeanor Monday. But the star is not out of the woods. He’s still on probation for the infamous 2009 beating of his ex, soul songstress Rihanna. And Brown’s probation officers in California are looking for him. This new charge could mean they recommend that his probation is revoked.

If Chris Brown forgets to wear a costume this Halloween, he can say he's going as a monster.

When u lose something let GOD handle it... He Probably has something better planned.

Brian Todd will give us the latest at 7. Joey Jackson, HLN legal analyst, will tell us what to expect next in this case.

- Fish tale: This is the story of the one that got away.

- Fish in the boat, man overboard: And continuing our fish theme, consider this viral video. Sometimes, the drama begins after you get the fish in the boat, as this video shows.

- The Blake face: In honor of the NBA coming back tonight, we offer this longtime viral video. Sometimes, the best part of the basketball game happens after the game. Especially when a star brings his cute son to a news conference.

- Crawling entourage: Speaking of cute, watch this baby getting some help on how to crawl.

- Halloween surprise: With trick-or-treat time just around the corner, we thought we'd give some advice. Here’s one guy you don’t want to scare this Halloween.