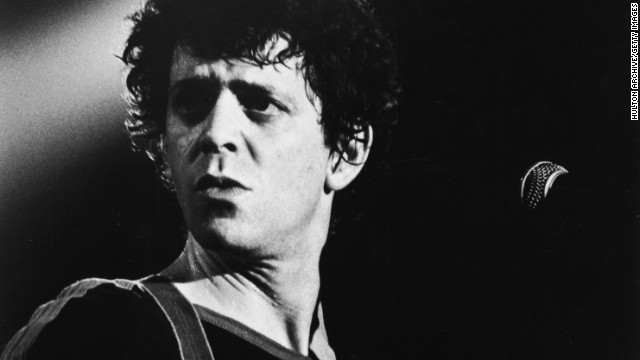 Lou Reed, who took rock 'n' roll into dark corners as a songwriter, vocalist and guitarist for The Velvet Underground and as a solo artist, has died at 71.
October 28th, 2013
05:13 AM ET

Five Things to Know for Your New Day – Monday, October 28

The U.S. is falling out of favor with some BFFs, a rock legend who inspired generations dies, and four jail inmates go to the shower - and escape.

Quit spying on me: Boy, are they ticked. First it was the German chancellor who took President Obama to task over claims that the U.S. has been tapping into her cell phone calls for, oh, about 10 years.

Then there was a French report that the U.S. listened in on 70 million phone calls between its citizens. But the House Intelligence Committee chairman said that’s rubbish, adding that "if the French citizens knew exactly what that was about, they would be applauding and popping champagne corks.”

Now, the avalanche of secrets dumped by NSA leaker Edward Snowden suggests the agency listened in on 60 million Spanish phone calls in just one month.

El Mundo reports that the NSA spied on 60M calls in one month in Spain -NSA knows IT, they should take the lead to fix #healthcare.gov

Jim Sciutto will be live at the top of the 6, 7 and 8 o’clock hours to tell us about the European officials headed to Washington this week to have a few, ahem, words with the administration.

2. BLIZZARD IN THE ROCKIES

Trick, not treat: The Montana mountains might get a foot of snow between now and Tuesday, and folks in Wyoming, Utah and Colorado could also get pummeled. So you might want to bundle up and rethink that Miley Cyrus Halloween costume.

My window is open, it is 35 degrees outside and we are expecting 5 to 9 inches of snow. Bring it on, Montana.

Indra Petersons will be live in the 6, 7, and 8 o’clock hours to give us the latest on what to expect from this pre-winter winter weather.

That seemed easy: The manhunt is on for a quartet of Oklahoma inmates who escaped from jail – through the shower.

The four men were locked up on charges ranging from burglary to meth possession to parole violation. Apparently, they just busted through a maintenance hatch above the shower, crawled through a pipe space beneath the roof and knocked out a concrete block or two and - voila! - entered another room. That led them to an unlocked side door, which they simply pushed open to freedom.

I'm more worried for the convicts than about anybody that lives in Caddo County people have guns and think they can shoot any trespasser.

The local sheriff even said officials didn’t realize they had escaped until someone saw the inmates walking near the courthouse - in their orange jumpsuits.

George Howell will be live in the 6 and 8 o’clock hours to tell us the latest on the search for the escapees.

Nightmare on the midway: The last thing you’d expect from a state fair ride is for the operator to mess up the safety devices. But that’s apparently what happened at the North Carolina state fair, authorities said – and now five people are injured after the ride went berserk.

"We're at the state fair and the ride went upside down and dumped everybody out. There's people who are bleeding really bad," one 911 caller said.

Now the operator, Timothy Dwayne Tutterrow, is behind bars, charged with three counts of felony assault with a deadly weapon.

@DavidAylor Do you think these charges will stick? Negligent, possibly. But assault with deadly weapon??? http://t.co/Ocs6rOC4Dj

Alina Machado will be live from North Carolina in the 6 and 7 o’clock hours to tell us more about the case and what the suspect’s attorney has to say.

Rock pioneer dies: He was a rock ‘n’ roll icon who took the genre into some darker corners, inspired musicians like David Bowie and groups like U2, and, of course, walked on the wild side.

"When I have been on tour, there have been kids from 15 years old to 60 years old commenting on how they were influenced by Lou and the Velvets," she said.

"The world has lost a fine songwriter and poet…I’ve lost my ‘school-yard buddy’ – john cale" http://t.co/8MZMNhkzvf

Lou Reed is the doorman many people meet when entering a lifelong obsession with music. My highschool friends & I were no exception. RIP.

Simon Vozick-Levinson of Rolling Stone will be live in the 6 o’clock hour to tell us more about Reed’s legacy.

Drone ghost: Creep out the kids with nerdiness! Turn your drone into a creepy ghost with red eyes. You guys have drones, too, right?

"This is the most worst I've ever tasted."

Well, "A" for effort. Crest goes all out in its Halloween video where kids get to sample "healthy" candy that tastes like vegetables and vitamins. But just face it. Your kids aren't going to eat anything healthy for the next week.

Say what? Maybe he's got a baaaad cold. Maybe he stayed out too late last night. Whatever the case, sounds like this poor sheep needs to rest his voice: