A high-profile murder case involving one of America's most well-known political families took a dramatic turn Wednesday when a judge ordered a new trial for Michael Skakel, the nephew of Robert and Ethel Kennedy.

Skakel, who has spent more than a decade behind bars, is accused of killing 15-year-old neighbor Martha Moxley with a golf club in 1975. Twenty-seven years after her death, he was convicted and sentenced to 20 years to life in prison.

For years, Skakel fought unsuccessfully for his conviction to be overturned. But a Connecticut judge gave Skakel, 53, a chance for a fresh start Wednesday, ruling that the defense during his 2002 trial had been inadequate.

Robert F. Kennedy Jr., who has long maintained his cousin's innocence, described the judge's order as a "blessed event."

"I think everybody who knows Michael's overjoyed with it," Kennedy told CNN's "AC360."

Martha Moxley's mother said the judge's ruling does nothing to change her mind.

"There's not a way they can erase what was said during the first trial. ... I have not given up and I do believe Michael Skakel killed my daughter," Dorthy Moxley told CNN's "Piers Morgan Live." "If there is a new trial, I will be there." 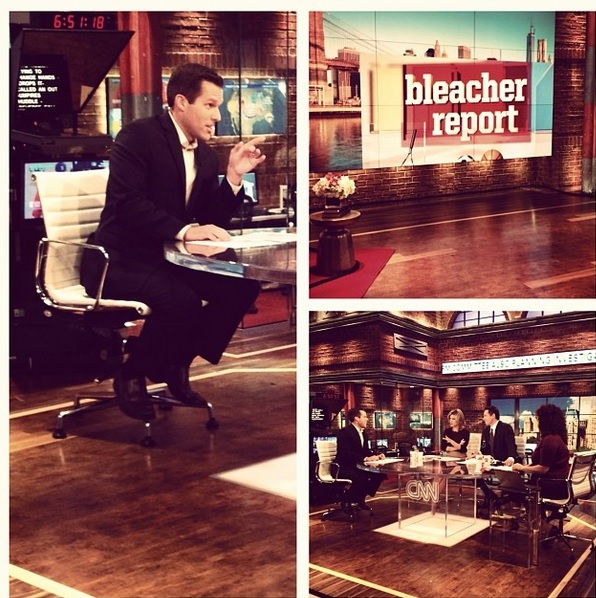 A new editorial in the British Medical Journal asks if sugar is worse for you than saturated fat.

Dr. Sanjay Gupta tells the "New Day" anchors, “We know over the last 40 years that the obesity rates have gone up both in adults and children. We know that heart disease remains the biggest killer of men and women alike, so maybe it wasn’t fat as much as we thought. Maybe the sugar was actually causing many of these problems.”

One way to avoid a lot of sugar?

Dr. Gupta suggests “Eat real food. If you’re eating real food as opposed to packaged food that needs sugar to store in and increase the shelf life you’re going to cut down on your sugar a tremendous amount.”

Our digital show "New Day Midday" launches this week. It's all about the great moments we bring you everyday, but with a twist.

Tell us your comments, good or bad, about a video or great moment that you saw on the show and we'll bring some of them back. You suggest the hashtag you think should go with the video and let us know #NewDay.

Today's viral moment is a glamour shot of Notre Dame running back Cam McDaniel. Could he be the most photogenic player in college football?

SEE VIDEO ABOVE AND WEIGH IN: