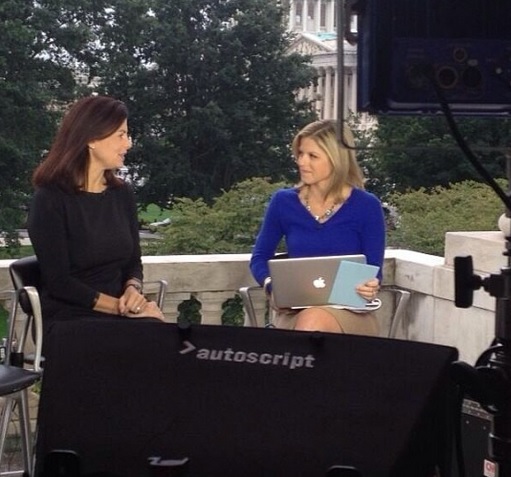 Attorney: "This Was Cold Blooded Murder"

Police officer Randall Kerrick has been charged with voluntary manslaughter – a felony, for killing ex-FAMU football player Jonathan Ferrell in North Carolina, after the young black man was in a car accident and looking for help.

In an exclusive interview with "New Day," Cache Heidel, Ferrell's fiancee, tells CNN's Chris Cuomo she hopes the man's death can be a cause for change moving forward.

“That is a hope I have. That his death will resound with America in general for a country that prides itself on being diverse and inclusive and accepting everyone for who they are.”

Officers were responding to a "breaking and entering" 911 call at a home in Charlotte where the homeowner told dispatchers that a man had been knocking on her door repeatedly.

Police say that when they got to the scene, a man matching the caller's description ran toward them.

One of the officers fired his stun gun, but it was "unsuccessful." Then Kerrick opened fire several times, killing Ferrell, police said.

The Ferrell family attorney Chris Chesnut now says police should release the dash-cam video of the incident to the public for both training purposes and so viewers can see what happened for themselves.

“I think the tape is the reason Officer Kerrick was arrested,” Chesnut says. “I think once his superiors saw the blatant, not only negligence but that this was cold blooded murder—I think  it's unprecedented for an officer to be arrested this quickly. I think the tape confirms that and I think, frankly the facts his attorneys are alleging are wholly consistent with what's on that video. And that’s why we want the video released.”

The officer was released on $50,000 bond and is now awaiting trial.

Actor Robert Redford is starring in the critically-acclaimed new movie "All Is Lost," which many could say is a metaphor for the U.S. government.

The performer has a lot to say about the situation in Washington right now and says race has a lot to do with the partisan gridlock. CNN's Nischelle Turner reports.

On the political drama playing out in Washington, Redford says:

"There are other issues there, it's not just racism. I think it's a group of people that are so afraid of change, and they're so narrow minded, that some people when they see change coming get so threatened by change, they get angry, and they get terrorized, and then they get vicious. Those are – I think that's who these people are. They're so afraid of change they're behaving miserably."

In part two of the interview, Redford says he hopes for change with a new generation and with women in politics.

"I think the future should belong more to women. And young people. And I think the young people today who are just coming into age, give them the reigns. I think they can do better than we have."

Sen. Ayotte: "Confident" Deal Will Pass In Senate; Boehner – "Bring It Up For A Vote"

Senator Kelly Ayotte (R-NH) stressed that “we cannot default,” it will be “unacceptable” if no deal is reached by Thursday deadline, and she was never an advocate for defunding Obamacare to fund the government, which was never “a winning strategy.” She told “New Day” Anchor Kate Bolduan that she is “confident” that a deal will pass in the Senate and wants Speaker Boehner to bring it up for a vote in the House.

“I think people are so sick of governing by crisis,” Senator Ayotte said. “I actually hope that if we’re going to do a budget conference that we resolve this on behalf of the nation, a larger fiscal agreement. If not, I think that we can’t have this happen again. So there has to be a resolution up front on what the funding for the government is going to be so that we’re not ever in a position where we shut the government down again. I think we’ve proven that this is not good for the country. And again, I never signed on to this defunding strategy, even though I’m an opponent of Obamacare because I didn’t think it was a winning strategy.”