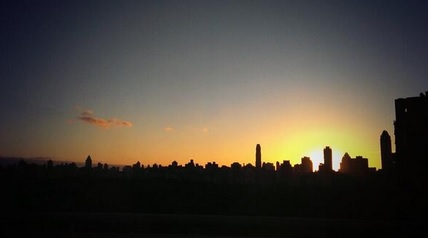 A one-two punch for the Tampa Bay Buccaneers.

The NFL team lost 31-20 to the Philadelphia Eagles Sunday.

And they're now trying to contain an infectious disease. Three members of the Bucs have been diagnosed with MRSA,  a staph infection that is resistant to some anti-biotics.

Should the league be worried about an outbreak?

"The CDC says that it’s ok to keep playing sports as long as one is able to keep the wound properly covered, that means no leakage, no drainage. And that the wound is not likely to get injured in playing the sport."

To extend the continuing resolution and debt ceiling, Senator Joe Manchin (D-WV) outlined a bipartisan “template” that 12 Senators have proposed, which includes the postponement of the medical device tax for two years, verification of people signing up for Obamacare, and a requirement to go to conference on the budget.

When “New Day” Anchor Chris Cuomo asked Senator Manchin if Democrats attempting to add a provision to the deal that allows agencies to handle sequester cuts is similar to Republicans trying to amend the Affordable Care Act, Senator Manchin said that there needs to be a “grand deal.”

“The good news is, there are 12 of us – six Democrats, six Republicans – have been talking for two weeks. We’ve got a good template. We believe that the template that we put together is something that both leaders are looking at – Leader [Harry] Reid and Leader [Mitch] McConnell. They need to put the numbers to it. They need to basically put the dates on the [continuing resolution] and the debt ceiling. But this is a good compromise that works well and it basically can move our government forward,” Sen. Manchin said.

“I’m ashamed and I want to apologize to the American people,” Sen. Manchin said. “This is not what we signed up for. This is not what I’m going to sit back and let happen if I can help it.”

Charlie Hunnam, the 33-year-old star of "Sons of Anarchy," will not play the role of Christian Grey in the upcoming "Fifty Shades of Grey" film, Universal Pictures said Saturday.

"The filmmakers of 'Fifty Shades of Grey' and Charlie Hunnam have agreed to find another male lead given Hunnam's immersive TV schedule which is not allowing him time to adequately prepare for the role of Christian Grey," Universal said in a statement.

Hunnam was due to play the male lead in the film, set to debut August 1, 2014. He said he agreed to do the film because of"tangible chemistry" with co-star Dakota Johnson.