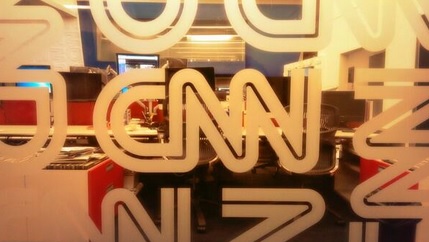 As there may be some progress on a short term solution to raising the debt ceiling, CNN’s Chris Cuomo asks some children at Immaculate Conception Elementary School in Queens, New York, how they perceive the situation.

Fourth grader Nicole Smith-Constant says, "If you don't pay your bills then like everything is gonna go up like for everything with your bills, then all of a sudden you live on the street and you'll be wondering, 'why didn't I pay my bills.'"

It turns out they have a good dose of common sense.

Robin Quivers is a survivor.

The longtime co-host of "The Howard Stern Show" has battled cancer and credits eating healthy, in part, for her victory. But her decision to be healthy came long before her larger struggle.

"I had changed my diet in 2007 because I was having some other health issues," she says.

The radio personality says she became vegan and started to be an active person.

But then doctors discovered the 'grapefruit sized tumor' in her pelvis leaning on her bladder and preventing her from passing water.

As Quivers went into twelve hours of surgery to remove the tumor, she says her initial doctors didn't know if they would find that the cancer had spread. She credits her show partner Howard Stern for encouraging her to find the best specialists and keep a positive attitude about recovery.

"The moment he heard I had a problem he said 'Robin, what are we gonna do?' He was there for me at the end of every appointment. He said, we're going to get you the best doctors, the best advice, the best advisers, and he did everything for me."

Her doctors pronounced her cancer free several months ago and the bubbly woman says although she believed the changes she had made would protect her from cancer,  she was able to survive because of her new lifestyle.

END_OF_DOCUMENT_TOKEN_TO_BE_REPLACED

Amazon CEO Jeff Bezos has been estranged from his biological father since he was three. But in a new book out next week, Author Brad Stone reveals that he found Bezos' estranged father in Arizona.

Not only did Ted Jorgensen not know his son is the billionaire founder of Amazon, he didn't even know if Bezos was dead or alive.

Stone "went through a lot of steps to track this guy down because he knew this person existed, Jeff's father. He went over to Arizona, eliminated half the list, found him randomly through articles about unicycles."

SEE VIDEO ABOVE FOR MORE