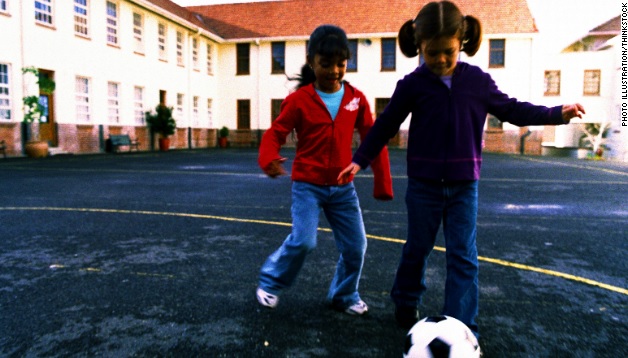 School Bans Most Balls During Recess: Smart Move Or Going Too Far?

Is it an extreme case of helicopter parenting or a smart move to keep kids safe?

That's what parents are asking after hearing about a Long Island middle school's decision to ban most balls during recess and also require supervision of tag, even cartwheels, due to safety concerns.

No longer allowed at the Weber Middle School in Port Washington, New York: footballs, baseballs, soccer balls, lacrosse balls and any other hardballs that could injure a child. Also off limits: rough games of tag and cartwheels unless an adult supervisor is on hand.

"We want to make sure our children have fun but are also protected," Dr. Kathleen Maloney, superintendent of Port Washington Schools, said in a local television interview, noting how playground injuries can "unintentionally" become very serious.