Dale Beatty (Statesville, NC) After Dale Beatty lost his legs in the Iraq War, his community thanked him for his service by helping him build a home. To pay it forward, Beatty co-founded Purple Heart Homes. Since 2008, the nonprofit has modified or helped provide homes for dozens of disabled veterans.

Georges Bwelle (Yaoundé, Cameroon) For decades, Georges Bwelle watched his father suffer, unable to get the medical attention he needed. Now a doctor himself, Bwelle travels into the jungles of his native Cameroon nearly every weekend, providing free surgery for those who don't have access to health care.

Robin Emmons (Charlotte, NC) More than 72,000 people in Charlotte, North Carolina lack access to fresh produce. When Robin Emmons discovered this problem, she turned her backyard into a garden. Since 2008, she has grown more than 26,000 pounds of fruits and vegetables for area residents.

Danielle Gletow (Trenton, NJ) Danielle Gletow started One Simple Wish, a nonprofit that helps grant the wishes of foster children. Wishes are posted online, and anyone can pay to make a child's wish come true. Since 2008, the group has helped grant more than 6,500 wishes to children in 42 states.

END_OF_DOCUMENT_TOKEN_TO_BE_REPLACED 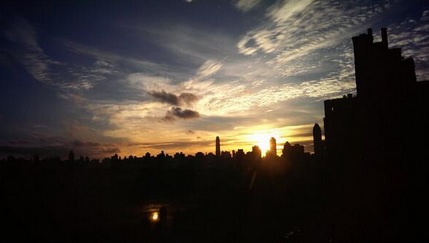 A girl throws a man against the wall with a wave of her hand, mysteriously pushing tables and chairs across the floor, and knocking pictures and books off the wall—all because of an argument over spilled coffee.

It seems unnatural, and it is. “Unbeknownst to the unsuspecting customers - they were taking part in an advertisement for the upcoming remake of the movie "Carrie,” explains CNN Business Correspondent Christine Romans.

Romans says, “It was a success - the video went viral - garnering over 10 million views since it was posted two days ago.”

The campaign is not only raising eyebrows and grabbing attention for the horror flick, it’s also pointing at a new trend called "prank-vertising."

A lot more of these elaborate video pranks are popping up lately, generating a lot of buzz - and a whole lot of cash.

“Companies credit word of mouth with generating millions of dollars worth of publicity,” Romans says.

Thinkmodo, the agency behind these viral marketing campaigns, is banking on that.

Co-Founder Michael Krivicka says, "When you go viral, it doesn't just stay nationwide, it goes global; it becomes an international news story, and that's more free media for a movie."

But do these ads cross the line? Krivicka says no.

“These end up being a montage of reactions,” Romans explains. “It takes an awful lot of these to boil down into one ad.”

That 9-year-old Minnesota boy who slipped through security and hopped a flight to Las Vegas is no stranger to child protection investigators, who say he has a history of sneaking into a water park and was recently arrested after allegedly stealing a car, according to an e-mail obtained by the Minneapolis Star Tribune.

And it turns out that his mother works at the airport where he began his journey, a source close to the situation said.

“A source with knowledge of the situation tells me that he that he will be returning here to Minneapolis, and his father who's anxious to see him says his son does have a history,” reports CNN’s George Howell.

"I don't have an angel, OK. I have a 9-year-old,” the boy's father tells CNN affiliate WCCO. "To me, he's got a behavioral problem."

The father also claims he's been asking for behavioral help since his son was five.

“Passing through the security checkpoints of TSA screening, an airport spokesman says surveillance video shows the child boarding the plane while the delta agent was distracted,” Howell says.

“There was another opportunity to catch up with this boy, because, of course, the flight attendants do a head count on the plane before, and then they match it to the manifest to make sure the numbers match. Well, somebody didn't do that,” says CNN National Security Analyst Fran Townsend.

Townsend says it’s possible the child had been at the airport before with his mother while she was working and people may have been familiar with him.

“In fairness to everybody involved, TSA, the gate agent, the flight attendant, you tend to be more maternal, protective of the child and less, sort of, suspicious. So I think probably that worked to this kid’s advantage,” Townsend says.

Still, she points out the lack of accountability from the airport authorities.