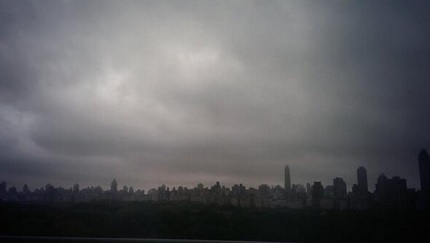 Republican Strategist: Playing Politics With The Debt Ceiling Is 'A Very Dangerous Game'

Former Republican Congressman Vin Weber, (R- Minnesota) is now the co-chairman of Mercury and Associates, a political consulting firm. The strategist weighs in on the government shutdown and GOP tactics on Monday's "New Day."

Anchor Chris Cuomo asks Weber what he believes the Republicans are thinking when Speaker John Boehner says he won't considering funding the government or raising the debt ceiling without negotiations from Democrats and the President.

Weber says, "The Republicans began with the position that everything was tied to the defunding, in essence, the ending of Obamacare, and the President couldn’t swallow that. But the Republicans have moved somewhat on that, they moved from defunding Obamacare to delaying Obamacare and, now if you listen to the Speaker's comments over the weekend, the Speaker was not talking about Obamacare, which is the President’s sacred cow, the Speaker was talking about the long term debt situation , which I think reflects more of the concerns of the American people, where our country is going.”

When Cuomo asks the former politician about playing politics with the debt ceiling, Weber calls it a 'very dangerous game.'

The wreck occurred in the last lap of the race, when Japanese driver Takuma Sato bumped Franchitti's car, sending it airborne into the protective fencing. The car spun multiple times against the fence, sending shards of debris flying toward the grandstands and shearing off part of its side.

Three spectators were sent to a local hospital, where they were listed in good condition Sunday night. The rest were treated at the scene, according to Senior Capt. Ruy Lozano of the Houston Fire Department.

He was on the sidelines and injured by the debris. Daniel's says "It looked like there was nothing but chaos...when it struck the fence, the fence in front of me, if you can tell in the video, literally imploded in front of me and it was only by luck the cement barrier, which is below the fence that actually holds the fencing, acted like a ramp and through the fence up above my head and left and landed in the grandstands."

U.S. forces launched dual raids on the northern and eastern coasts of Africa over the weekend in the hunt for two suspected terrorists: Abu Anas al Libi, an al Qaeda operative wanted for the deadly 1998 bombings of two U.S. embassies in Africa, and an Al-Shabaab foreign fighter commander named Ikrima.

American forces snatched al Libi in the Libyan capital Saturday morning. But 3,000 miles away, the plan to catch Ikrima didn't go as planned. Navy SEALs came under heavy fire during their raid and had to retreat - not knowing whether Ikrima was dead or alive.

“In both countries, U.S. commandos had been secretly gathering intelligence, conducting surveillance for weeks on their target," reports CNN's Barbara Starr. "In the war on terror, U.S. officials say, expect to see more of these secret lightning raids.”

A member of both the DHS and CIA external advisory boards, CNN National Security Analyst Fran Townsend breaks down the significance of both these raids.

A key player in the 1998 bombings, al Libi’s capture represents “a real message not only to this individual, because of his operational importance, but to those who would do Americans harm, we don't ever forget. We don't ever stop tracking you, chasing you, and looking for the opportunity,” Townsend says.

Meanwhile, Townsend also considers the U.S. operation in pursuit of Ikrima a huge success for the United States and U.S. intelligence regardless of the outcome.

“It's taken ten years and a lot of under surveillance, reconnaissance and intelligence collection in order to get the tactical intelligence required to know where he was, when he was there and to be able to support such a raid. So, the fact that we 20 years later actually had that sort of tactical intelligence in such a chaotic difficult environment says a lot about the capability of the United States.”

“It truly is an inner agency operation using all of the elements of our federal government, inner agency intelligence operations, and it's worldwide right now,” says former Delta Force Officer James Reese, giving insight into how these raids are performed.

“What's really happening right now with the guys on the ground, they're using this inner agency piece to help them gather the intelligence to make sure when they get the elements to go, they get those factors to go, they have all the aspects on the ground to make that operation successful.”

While the operation in Somalia didn't prove fully successful, Reese says the commanders followed the intelligence available and responded to the risk at hand.