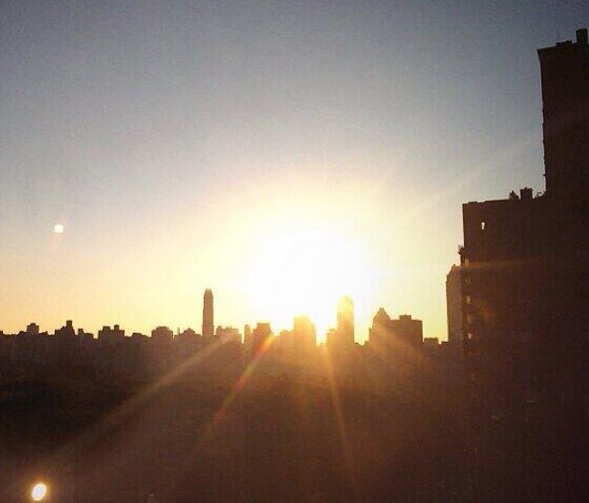 A fencing teacher in Nashville, Tennessee, foils two men trying to rob a purse in a parking lot with his sword.

CNN's John Berman gives him the "It Must Have Been The Pants Award of the Day"  because Franco Scaramuzza swooped in while still in his fencing outfit to save the day.

Scaramuzza says "I charged towards them, you know, holding my épée up high, and, you know, yelling at them. I kept yelling throughout the entire thing. They completely panicked and dropped everything they stole and really took off."

Mike Cassesso and Mailien Le are scheduled to get hitched at the Jefferson Memorial in Washington, Saturday, the site of their first date.

But with national parks closed because of the government shutdown, the couple is now scrambling to make other plans.

Le says she was alerted Monday morning by an email from the National Park Service saying any permits for events on the Mall would be invalidated if the government did shutdown.

The groom had an ambitious idea.

Cassesso says, "My first idea was to jump the fence and do it anyway but Mailien can't jump a fence in a wedding dress and I don't want to be arrested on my wedding day."

The couple is expecting 130 guests and say they will be moving the ceremony and reception to a local hotel.

The rescuer didn't see the teen trapped under the rubble at first. But he heard her scream.

Then he saw a hand sticking out of the rocks, Chaffee County Undersheriff John Spezze told reporters Tuesday, and he started digging.

Authorities say Gracie Johnson, 13, was the only survivor of a deadly rockslide Monday that killed five members of her family - including her parents, sister and two cousins who were visiting on vacation, CNN's Kyung Lah reports.

The horrifying details of their deaths on a popular mountain trail have shaken this close-knit town of about 3,000 people.

But no one seems to be surprised by what the teen reportedly told the man who helped pull her from the rubble - that her father saved her life.

"She said her dad jumped on top of her to protect her right at the last moment when the rocks were coming down," Sheriff's Deputy Nick Tolsma - the rescuer who first spotted Gracie's hand sticking out from the rocks - told ABC's "Good Morning America" Tuesday.

"He would have done the same for any of our children, absolutely," said Jennifer Eggleston, a family friend.