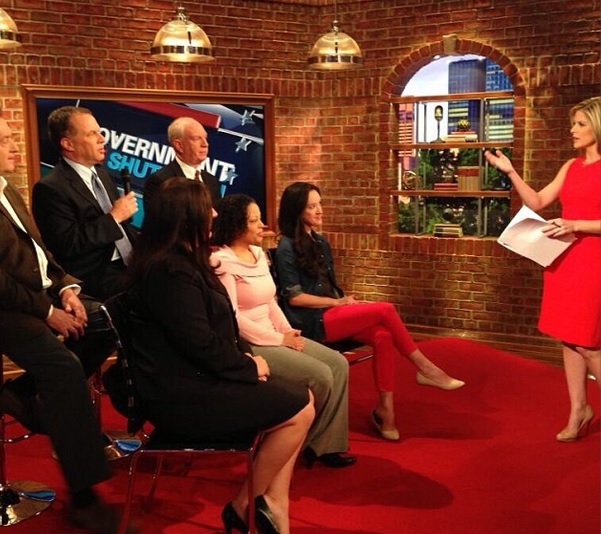 Carney: Pres. Obama Is Compromising By Not Adding His Priorities To Fund Government

White House Press Secretary Jay Carney compares what the Republicans are doing with Obamacare to if President Obama were to demand the extension of universal background checks on gun sales or any other priority as a requirement to fund the government.

Carney tells “New Day” Anchor Chris Cuomo that the Republicans would continue to request more ideological items if a continuing resolution was passed and then expired.

“If the President were behaving the way Republicans were, he might say, ‘You know what, I won’t sign a bill keeping the government open, unless Republicans agree to extend background checks on gun sales,’ because that’s a priority of is,” Carney says.

“Or ‘I won’t sign a bill to pay our bills, to prevent us from defaulting, unless I get some other priority of mine that I couldn’t get through the normal process.’

Instead he is showing compromise by saying you know what, ‘I am not asking for anything when it comes to Congress doing its job, which is to pay the bills of the government and ensure the government remains open.’

Three Examples: This Is How The Shutdown Impacts Me...

A panel of a cross section of Americans joined "New Day" hosts Chris Cuomo, Kate Bolduan and Michaela Pereira Tuesday to talk about how the government shutdown impacts them.

Larry Hirsch is a government Worker who's been part of the U.S. Dept. of Housing and Urban Development for 13 years.

Hirsch says he doesn't know what he'll be doing until this is over as the shutdown “is our second furlough of the past few months."

"I took five furlough days over the summer, so this has been a significant impact on our family’s budget,” he says.

While he's not working and has no pay, he's frustrated at lawmakers for using Obamacare as an excuse to not pass a budget.

“We’re federal employees, our job is to implement laws, and not to hold the budget hostage to laws that are already the law of the land, is to do their job, get a budget passed, to fund the government so we can do the services that we’re paid to do, that the American people need.”

END_OF_DOCUMENT_TOKEN_TO_BE_REPLACED

Sen. Rand Paul, who's been calling for the two houses to go to conference, said he would support passing a continuing resolution that would fund the government for a week or two and allow lawmakers to reach an agreement in the meantime.

"I do agree that negotiating with the government closed probably to them appears like strong arm tactics," the Kentucky Republican said on "New Day."