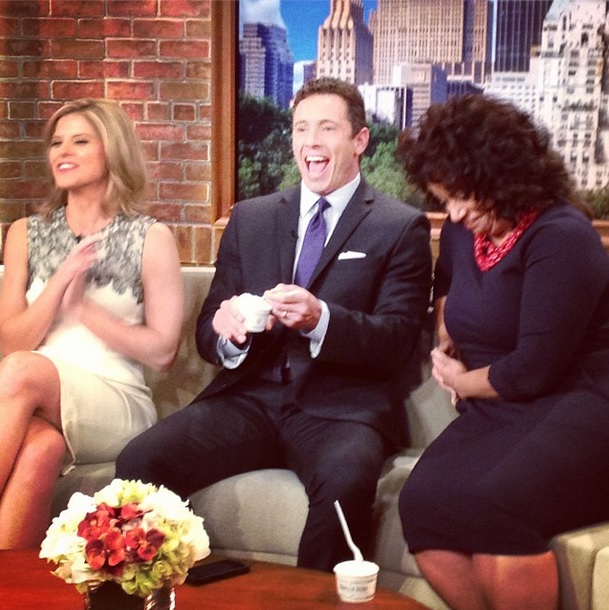 Michael J. Fox is making a TV comeback. His new self-titled show premiered last night. It's been over a decade since he took on a starring primetime role, and this is a big commitment as the 52-year-old battles Parkinson's Disease, something he's very public with.

He spoke with CNN's Nischelle Tuner.

McDonalds is working on a big menu revamp. Instead of "Would you like fries with that?" you'll also be hearing "or would you like a salad instead?"

The largest fast food chain in the world is adding some more health-conscious options to their menu, especially to their Happy Meals.

"I think it going to make a big difference, I really do," she said. "Obesity is an epidemic, it truly is. 33% of all American adults are obese, 17% of all young people, that's kids and adolescents. We know that obesity leads to heart disease and stroke and diabetes, and billions of dollars are spent on this condition, on all these medical conditions. So obesity is a complex issue. We can't say that diet alone will change this obesity epidemic, but it's a big start, and what we eat is a big part of this. I think this is a great trend..."

Tom Delay was once one of the most powerful men in Washington.

The congressman from Texas was one of Newt Gingrich's lieutenants in the Republican revolution of 1994, when the GOP stormed back to take control of the House. Later that decade, Delay was one of the leaders behind the impeachment of President Bill Clinton.

By 2003, he climbed even high, becoming the majority leader in the House. But two years later, the man known as the Hammer, was indicted for trying to influence local elections in Texas.

He stepped down from Congress the next year, and was convicted in 2010. Last week, vindication finally, as his conviction on money laundering charges was overturned.