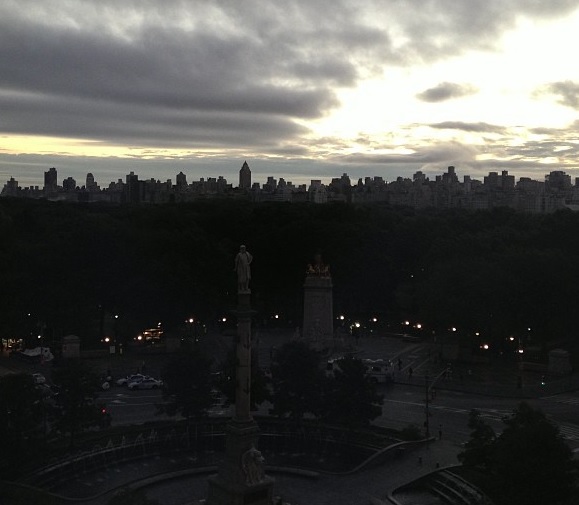 Eighteen-year-old Morgan Grant was once considered one of the best figure skaters for her age in the United States.  Then she had a shocking experience with her trusted coach and everything changed. CNN's Pamela Brown reports.

Grant was an ice dancer who was well on her way to compete for the United States at the highest levels. Her family hired coach Genrikh Sretenski, an accomplished ice dancer, who represented the Soviet Union at the 1988 Winter Olympics.

According to Morgan and her father, that coach turned out to be a predator.

In the middle of a competition at Lake Placid in 2011, he asked 16-year-old Morgan to join him in his hotel room to talk about the competition, or so she thought.

She says, "He closed the door and reached behind me to turn off the light, then pushed me against the wall. And he started kissing me. And he is 50-years-old and a smoker. And I was like really overwhelmed with everything that was going on. He pushed me onto the bed in the hotel room and climbed on top of me and started touching me inappropriately and the kissing continued. And this lasted for about 20 minutes, I don't remember a single thought that ran through my head during that moment, but I know that I finally looked up and said, it's late I have to go. And thank god he listened."

She says over the next few weeks, Shretenski began sending her suggestive text messages and eventually she told her dad.

After criminal charges were filed, the coach entered guilty pleas to misdemeanor charges of child endangerment and third-degree assault.

As harrowing as that experience was, it turns out that Morgan Grant is not alone.

Across the country, nearly a dozen male figure skating coaches have  been suspended by the U.S Figure Skating Association over the past three years for inappropriate behavior.

The national governing board says it's so concerned, that it's thinking about creating an outside agency to police coaches behavior.

Last weeks $400 million lottery winner is still choosing to remain anonymous and he or she may have good reason to do so. Here's the story of one recent winner who's now calling his fortune a bit of a curse.

"Wild" Willie Seeley won hearts across America when he and his co-workers won big in last month's $450 million Powerball jackpot.

Each member of the group, affectionately dubbed the "Ocean's 16," took home almost $4 million dollars each.

Seely says he's being overwhelmed with calls ranging from long-lost relatives to tv executives asking him to star in reality shows.

Families Forced To Choose Between Home Insurance Or Dog

It's an impossible dilemma for dog lovers: what to choose between keeping your dog or your home insurance? A number of home insurance companies are now dropping or cancelling coverage for people who own certain dog breeds commonly known to be more vicious, like pit bulls.

But many dog owners say their pets shouldn't be considered a liability, they're family. CNN's Zoraida Sambolin reports.

Colorado Resident Susie Salazar is one person having to choose between fido at home or a home without insurance.

She says after being with the same insurance company for nearly 17 years, American Family Insurance dropped her in April.

Salazar  says, "We were informed that you have a pit bull in your home and we have to drop your coverage."

The company's spokesperson explaining their decision to affiliate KUSA saying:

"We made a decision that there were certain breeds of dogs that we would no longer ensure, and pit bulls are one of those breeds."

What would you choose if you were faced with a similar problem?