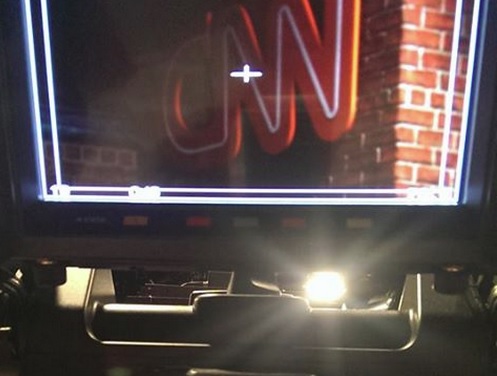 Goats Take Over The Yard

A woman in Fort Worth, Texas, notices two goats on her lawn and springs into action. CNN's John Berman gives her the "3 a.m. call" Award of the Day.

Sharon Dyer notices two goats on her lawn and is worried they might destroy her precious garden.

Dyer calls animal control who tells her it's the sheriff's problem and she ends up on the phone with police.

On the 911 call you can hear her discussing the issue with the dispatcher before yelling at the goats:

"Don't eat my stuff! Get outta there! Oh these goats! Get out of my stuff."

For behaving with gallantry under extreme pressure and under siege from goats, she gets Berman's award because in a crisis, he wants someone like Dyer on his side.

"Patrick," a 430-pound western lowland gorilla has been characterized as anxious and is being sent to therapy. CNN's John Berman reports.

Patrick has spent 18 years at the Dallas Zoo where his keepers call him beautiful, intelligent and outgoing – towards humans.

Zoo officials say the gorilla tends to go ape on the ladies and once bit a female gorilla and sneered at another.

So now, Patrick is leaving behind his bachelor pad and being moved to the Riverbanks Zoo in South Carolina, where they will work to re-socialize him

One mother in Utah says she was charging her e-cigarette when suddenly it exploded and burned her three-year-old son. CNN's Pamela Brown reports.

Kinzie Barlow says her son Khonor suffered first and second degree burns but is expected to make a full recovery.

That doesn't negate from the scary experience.

Barlow says, "Seeing your child on fire and them screaming help me is pretty terrifying."

Industry experts say e-cigarette sales are poised to rake in 1.7 bilion dollars from an estimated four million users, though safety experts say this incident and others like it are troubling.