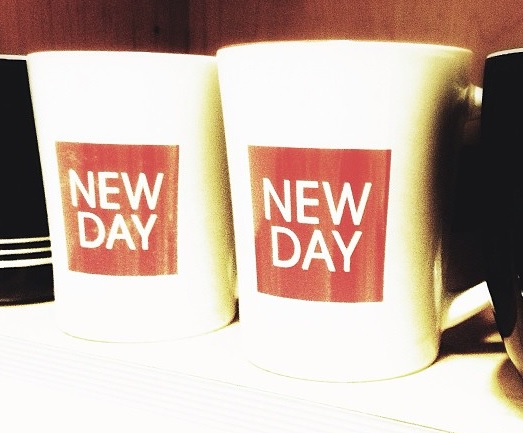 A college football player takes to Twitter to defend his name and CNN's John Berman gives him the "Anthony Weiner" Award of the Day.

Jake Butt is a freshman football player at the University of Michigan. He plays as a tight end and apparently was getting some flack for the coincidence between his name and his position. Butt took to social media to silence his critics saying:

So Berman gives him the award named after another man with a last name similar to what he's known for.

Dorcas Mwangi was trapped in the Westgate Mall in Nairobi, Kenya, for four hours during recent terrorist attacks.

The student described to "New Day's" Chris Cuomo how she hid under a pile of suitcases in a luggage store while hearing constant gunfire.

When asked about her courage to finally emerge and try to leave, Mwangi says, "I believed if I got out, I would be rescued...it was taking a step of faith."

The little Cherokee girl at the heart of a long-running custody dispute has been handed back to her adoptive parents, CNN's Zoraida Sambolin reports.

The girl, formerly known as "Baby Veronica" was handed over Monday night after the Oklahoma Supreme Court lifted an emergency stay.

She'd been adopted by Matt and Melanie Capobianco, but later taken from them and returned to her biological father, Dusten Brown.

The girl's biological mother, Christina Maldonado, stands by the decision to put Veronica up for adoption, and says the father consented in the first place.

She said, "He let me know that he wanted to sign his rights away and he had spoken to his family and they had all agreed that it would be best for him... and it broke my heart."

The girl was initially given back to her father because of the Indian Child Welfare act, which is in place to promote the stability of Indian tribes and families.

FOR MORE, SEE FULL REPORT ABOVE