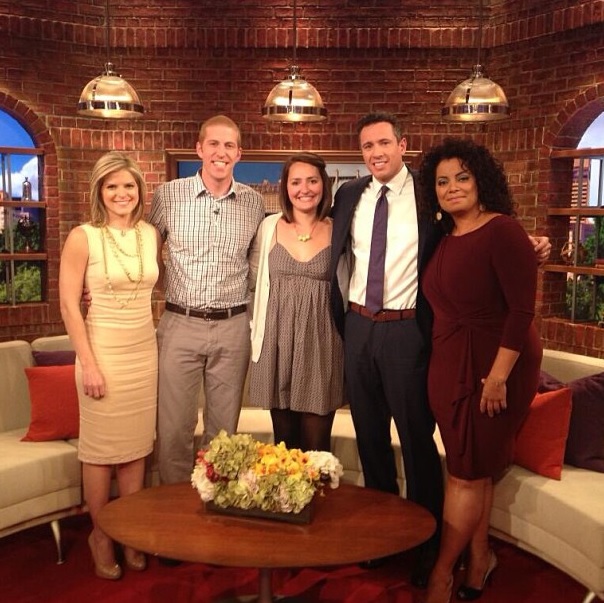 Do You Throw Out Food By Sell-By Dates?

Are you wasting food every week because you think you're being safe? A new study says, yes!

It's about those labels on your food that say "sell by" or "best by," one poll shows that 91% of consumers say they've thrown out food past its "sell-by" sate because they're afraid it's not safe. The truth is, they probably don't need to.

Emily Broad Leib, the Director of Harvard Law School's Food Law and Policy Clinic, and co-author of the new study, stopped by New Day to discuss:

"The big take-away from our study is really, these dates are not regulated and most people think that they have meaning, but in fact, at the federal level, the only food that has rules about date-labels is infant formula. Everything else is made up by states and by companies, there's… really no legal definition around them."

For more on the report, go to CNN.com.

Rear Admiral John Kirby on DC Shooter: "...probably something should have been done"

As the community begins to heal after Monday's shooting, new details are emerging that paint a picture of the damage left behind inside Building 197. As investigators sift through the evidence in the Navy Yard killings, Navy officials say damage inside Building 197 is so extensive, it may take weeks to repair and reopen in, CNN's Pamela Brown reports.

Law enforcement sources say nothing points to a specific motive for the rampage, even after the seizure of Aaron Alexis' computer and other possessions, as well as interviews with his social contacts.

And odd details are emerging. For example, a federal enforcement source tells CNN that Alexis made unexplained etchings into the shotgun he used in the attack.

Also, new details have emerged suggesting authorities might have been able to contain the gunman more quickly. A government official tells CNN, when the first radio call came in about a shooting at the Navy Yard, highly-trained, tactical capital police officers  were told by a watch commander to stand down.

The Capital police chief has ordered an "independent fact review" of their response in the critical first moments after the shooting was reported.

The medical examiner's office was expecting to complete its autopsy of Aaron Alexis late last night. No information about any toxicology results will be released until next of kin are notified.

The Navy's Chief of Information, Rear Admiral John Kirby, spoke to Anchor Chris Cuomo about the emerging details. In regards to the actions the Navy took prior to the incident, he said:

"It's very easy to do this in hindsight Chris. When you look back and you look at the aggregate of the incidents in this young man's Naval career and his trouble with the law, it's very easy to draw the conclusion that yes, probably something should have been done or said differently. But when you look at it in time, as it happened, none of these incidents on their own, individually, would lead anybody to indicate that he was going to be a threat to himself or to others."

Countdown to Possible US Government Shutdown

This morning on New Day: With 10 days left before a government shutdown, Republicans can't seem to figure out whether to attack the President, or each other.

Join us from 6-9am ET on CNN for the latest on GOP infighting.

To get caught up, check out CNN's Jim Acosta's report from yesterday in the above video.

It is 11 days to a possible government shutdown and this latest budget battle pitting Republicans in Congress against President Obama is becoming the stomach-turning sequel to the sequel, CNN's Jim Acosta reports.

This time, the threat is all too real. Not only does the government run out of money on October 1st, the nation is set to hit the debt ceiling and go into default in mid-October. Together, they serve as a Washington dysfunction double-whammy the likes of which Americans have never seen before, according to Acosta.

For now, Republicans in Congress say they will only vote on a spending bill that de-funds Obamacare. But, that is not expected to go anywhere in the Democrat-controlled Senate, ramping up the likelihood of a shutdown at the end of the month.