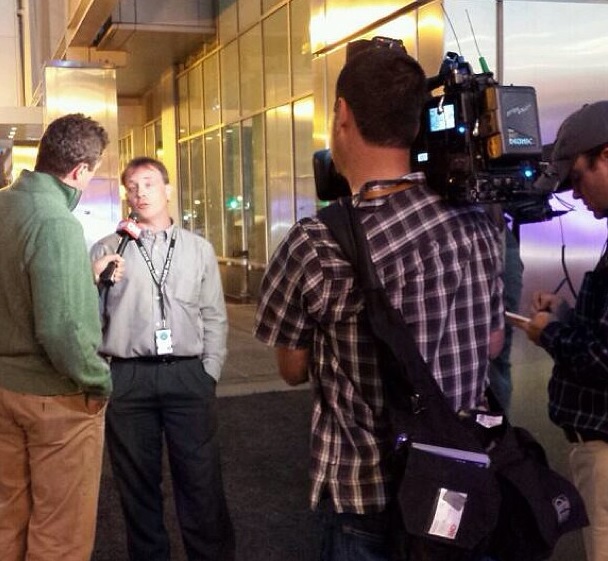 It's the deadliest miltary workplace shooting since the 2009 mass shooting at Fort Hood that killed 13, so Monday's Washington Navy Yard massacre raises the question again: how could this happen at a military installation in the U.S.

Many of the security measures at the Navy yard are similar to other bases. Captain Mark Vandross spelled out security procedures to CNN's Wolf Blitzer:

"You present credentials, your D.O.D. common access card, to an armed security guard who then clears you on to the base. Then to get into building 197, there's armed security at the door of the building."

And he says contractors are also scrutinized:

Former Navy Commander Kirk Lippold weighs in on the issue of security clearances after Monday's shooting.

He says, "the pattern of misconduct more than anything else is what concerns me, cause clearly you have a documented case where this individual misbehaved, the Navy knew it, and yet still when he got out, he was allowed to get a clearance.”

Witnesses of the shooting spree say the obvious, this is a day they'll never forget.

Steve Sikora, an IT specialist in Building 197, says he crossed paths with the shooter, Aaron Alexis, while taking a work break outside the office, on a walk he doesn't normally take.

CUOMO: And why did you notice him?

SIKORA: It just, how fast he went around the corner and went into the building. The way he was dressed, he stuck out not like anybody who should have been there.You ever notice how you walk real fast to a direction when you're intent on doing something? It just seemed that way.

Dr. Janis Orlowski, chief  medical officer of MedStar Washington Hospital, where three of the injured remain hospitalized, also shares an amazing survival story of a woman who was shot by Aaron Alexis but is now recovering:

"A young woman said she had gotten underneath her desk, and the shooter came by and she held her hand up and the tip of her finger, and the bullet actually went into her scalp right behind her right ear and thankfully it sort of hit the bone and bounced off and she’s an extremely lucky young lady."

Washington Mayor: 'I Will Look Into Sequestration'

Washington, D.C. Mayor Vincent Gray tells "New Day's" Chris Cuomo that the investigation into the Navy Yard shooting will continue, including looking into sequestration and budget concerns when it comes to having enough resources to prevent tragedies like this from occurring.

“We'll continue with this investigation, but certainly as I look at for example, sequestration, which is about saving money in the federal government being spent, that we somehow skimped on what would be available for projects like this and then we put people at risk,” Mayor Gray said.

“Obviously 12 people have paid the ultimate price for whatever – you know, whatever was done to have this man on the base.”