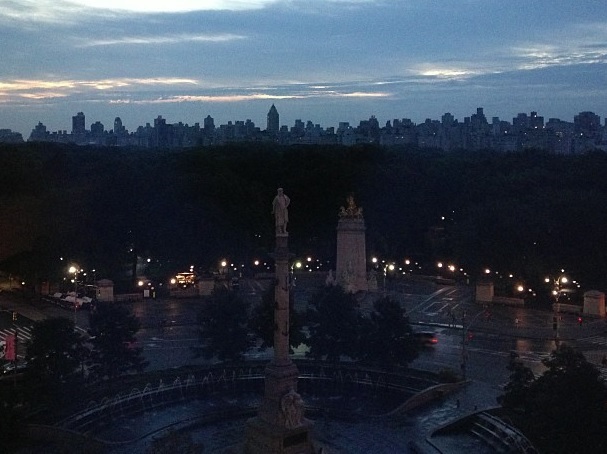 Warner Brothers and author J.K. Rowling announce a new series of movies, the first based on a Hogwarts textbook, "Fantastic Beasts and Where to Find Them." CNN's Mark Istook reports.

While it's Rowling's first screenplay for the movie company, she teases fans in a statement saying, "The book is neither a prequel nor a sequel to the series, but an extension of the wizarding world."

She says the film is to be set in New York, 70 years before Harry Potter.

SEE THE FULL REPORT ABOVE

See Prince William And Kate Out After Having Baby

The Duchess of Cambridge looks stunning as she's out for her first official public appearance since giving birth to Prince George. CNN's Max Foster reports.

The royal couple appeared at a charity event for the Tusk awards for conservation workers in Africa almost eight weeks after becoming parents.

Prince William said, "As you  might have gathered, Catherine and I have recently become proud parents of a baby who has a voice to match any lion's roar."

Their appearance Thursday coincided with the Prince's announcement to leave the British military.  In the next few weeks, the family will move into a grand new apartment at Kensington Palace.

Be sure to tune in to CNN Sunday, September 15, at 10 p.m. ET for Foster's special "Prince William's Passion: New Father, New Hope'

In a new announcement, Mrs. Obama talks about her family's habits and says, "The more water we drank, the better we felt"

But some medical professionals say despite her experience, most Americans are sufficiently hydrated and so an extra glass of water isn't going to increase your energy or make you feel better.

Watch the video and decide if you think this argument holds water.