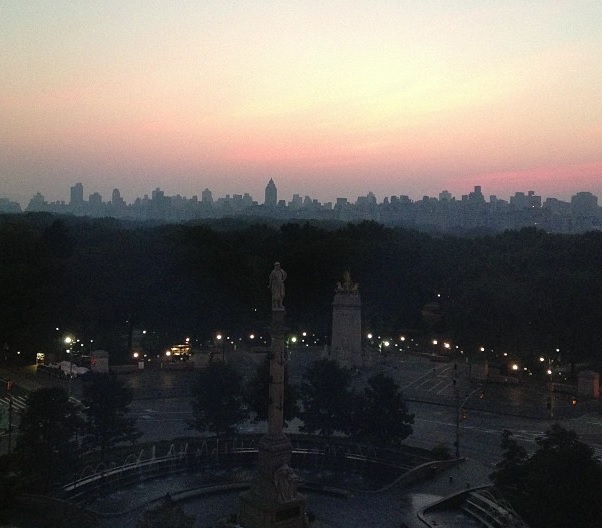 A full-throated defense from Diana Nyad as she went head-to head with her critics Tuesday. CNN's John Zarrella reports.

The 64-year old swimmer said her historic Cuba to Florida swim was "squeaky clean" despite questions from skeptics.

The athlete put it bluntly saying, "I swam, we made it our team, from the rocks of Cuba to the beach of Florida in squeaky clean ethical fashion."

In the days since she walked out of the water after swimming 110 miles, a current of questions has been flowing.

Could her speed have nearly doubled at one point? Did anyone touch her? How could she have gone for hours without food or water.

On the conference call with more than a dozen peers who will decide the legitimacy of her swim, Nyad was adament.

Nyad: "Never ever grab onto the boat, the kayak, the escort boat; grab onto another person for any kind of flotation or support. Never get out of the boat, wear flippers."

Nyad's navigator described how they picked up a current that had them moving nearly four miles an hour for several hours on the second day. That's how and when her speed nearly doubled.

When asked about reports she had gone for hours without food or water, she said she never went more than ninety minutes.

However it is the issue of her suit that protected her from deadly jellyfish that still puts her record into play.

Getting into that suit required duct taping her booties and gloves and that meant she was touched, but never supported, she said.

"...no handlers grabbing my ankles. I was on my own steam entirely but I was touched. I agree with it."

If the group determines the suit and the touching meant her swim was assisted, that could nullify her record as the first person to make the journey without a shark cage.

A co-founder of the Marathon Swimmers Forum and a marathoner himself, Evan Morrison, was on the call.

Morrison said, "She acknowledged that her crew touched her when she was putting on the jellyfish suit, and I know she feels that was necessary, but I personally feel that puts it in the category of an assisted swim."

Now her peers must decide if Nyad's swim was, as she said, fair and square.

Police suspected Zimmerman was armed after receiving this frantic call from his estranged wife, Shellie.

911 call:  "He's in his car and he continually has his hand on his gun and he keeps saying step closer and he is just threatening all of us."

Though police say they did not find a gun, according to officials, there was a confrontation at the home the Zimmermans once shared,  a home owned by Shellie's father, David Dean.

Shellie also alleges that her husband took an iPad out her hands and destroyed it. The alleged attack was not caught on camera but police say Mrs. Zimmerman was using that device to record video of what was being taken from the home.

Lake Mary Police say no charges will be filed at this point as they cannot get the video from the broken iPad.

Public Information Officer Zach Hudson says it could take "weeks or months" to get the material.

A stunning twist in a Montana murder investigation has a young woman charged with killing her own husband, just eight days after their wedding. CNN's Kyung Lah reports.

Though Cameron Fredrickson, one of Johnson's friends, said “Any time that we asked Cody how the relationship was, he always said it was good."

According to police, on the day of Johnson's death, Graham had the following conversation with a friend:

Friend: "I'll pray for you guys"

Graham: "but dead serious if you don't hear from me at all again tonight, something happened."

The angry wife eventually admitted to police her husband grabbed her arm and then she pushed his back, which sent him flying off the edge of the cliff.

According to the criminal complaint, she initially said she received a "text message from Johnson's phone saying he was going to drive home with a friend," that night, but somehow deleted that text message.

Days later, Graham led park rangers to an area of the cliff where she "happened" to find her husbands' body.

When the park ranger said it was unusual she had found Johnson, Graham replied, "It was the place he wanted to see before he died."

It wasn't until a second police interview she admitted to pushing her spouse to his death.

The woman is now  facing second-degree murder charges and possibly life in prison.