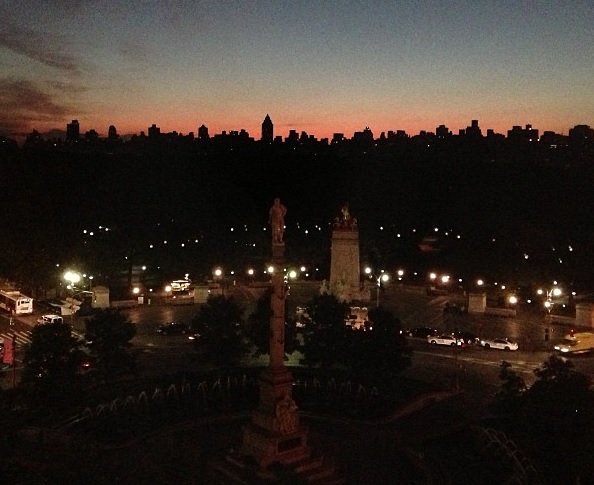 Just feet from crossing the finish line, the Frenchman decides to enjoy his victory while another runner Igor Amorelli comes up from behind.

The man sees the chance for victory and sprints toward the finish line but Jurkiewicz realizes just in time and almost seems to try to pull the other guy back, before crossing the line himself.

He wins the triathlon and Berman's award for Thursday:

"Don't Count Your Poulets Before They Hatch."

WATCH THE VIDEO TO SEE THE STORY IN ACTION

Stop To Hear This About Your Yogurt And Chicken

Your yogurt might be no good and you may be doing something wrong with your chicken.

First up, Chobani brand yogurt has had to recall certain products they suspect are tainted  from shelves after customers take to Twitter to complain of oddities.

After an investigation, the Chobani company says it was mold. They haven't specified how it happened but say the questionable yogurt accounts for less than 5% of its production.

The Food and Drug Administration says there have been no reports of illnesses and Sarah Klein, a representative from a public health group says:

"It's certainly unsavory but it's more of a quality than a safety issue. It's unlikely that you're going to become very ill from eating this mold."

Now for the chicken. A new food safety campaign warns against washing chicken before you cook it.

A graphic from Drexel University shows when you wash your raw chicken, you send bacteria splattering all over the place.

You're definitely better off just making sure the meat is cooked thoroughly.

Valerie Harper Wants Everyone To Dance

Six months after actress Valerie Harper,74, reveals she has a terminal form of lung cancer situated in her brain, she announces she'll strap on her dancing shoes for ABC's "Dancing With The Stars."

It was her husband Tony who convinced her to say yes, reports CNN's Nischelle Turner.

"I said, 'Oh no, I can't do it.' He said, 'No, Valerie.' I said 'Give me one good reason.' He said, 'You have cancer! Get up there, and show people that you can dance and do. And the doctors say it's fine to exercise," Harper shares.

Though her doctors thought she might not live through the summer she's defied them and the subtle expectation that a person with a terminal disease will slip into despair.

Harper says she lives life to the fullest because she is not afraid of death now.

"This death sentence made me look it in the eye, and then once you do it there's a great freedom. It's almost like fanable! Go to Naples!"