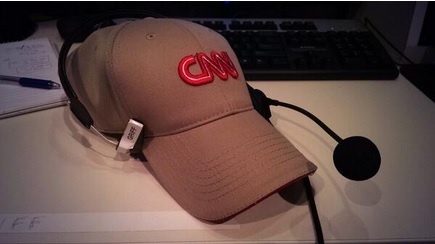 At the Democratic National Convention last summer, Former President Clinton gave a passionate defense of the administration's policies, including Obamacare.

"For the last two years, health care spending has grown under 4%, for the first time in 50 years," he said. "So are we all better off because President Obama fought for it and passed it? You bet we are."

President Obama responded by saying, "Somebody emailed me after his speech - they said, you need to appoint him secretary of explaining stuff."

Apparently not such a bad idea.

The speech comes just in time as Republicans, like Senator Ted Cruz, maintain their opposition to the bill.

Cruz has said, "We have been getting calls saying please stop Obamacare. Stop this trainwreck."

"Baby Veronica" Stays With Her Biological Father For Now

An Oklahoma state court goes against the decision of the United States Supreme Court and decides the biological father of "Baby Veronica" can keep custody of the girl for now.

Dusten Brown, the biological father, has always said the fight for his Cherokee daughter Veronica, 4, should take place in Oklahoma, because that is where she's been living the last year and a half or so.

When he was told he had to give his daughter back to her adoptive parents who live in South Carolina, he went to the Oklahoma court and they've now issued an emergency stay, defying the ruling by the higher court regarding Veronica's adoption.

Four other courts have ruled in favor of Veronica's adoptive parents, Matt and Melanie Capobianco of South Carolina.

He says, "I'm going to fight till I have no fight left in me and till they say you can't fight no more. This is my daughter. It's not a yoyo that I can just say, 'hey I borrowed it for 2 years and here it's back.'"

WATCH THE FULL REPORT ABOVE

Leslie Chance, an elementary school principal in Bakersfield, California, who was arrested in the shooting death of her husband, is a free woman Wednesday.

Chance was released from jail Tuesday night after prosecutors declined to press charges, even as the body of her husband Todd Chance, 47, was found in an almond orchard, his car 20 miles away.

Her new attorney Kyle Humphrey, a former prosecutor, has come out swinging in her defense.

"The best we can hope for is that we have someone doing a good investigation. Sloppy investigations lead to people's lives being ruined. When the wrong person is arrested first, they almost never arrest the right murderer."

But Ray Pruitt, the spokesman for the Kern County Sheriff's Department, has sounded confident the right person was brought into custody because of the evidence found.

"We did recover a handgun, firearm from inside the vehicle, Todd Chance's car, which was found abandoned in the neighborhood."

Chance has been the principal of Fairview Elementary for 3 years and in the school district since 1997.

She remains on bereavement leave from her job at the school.