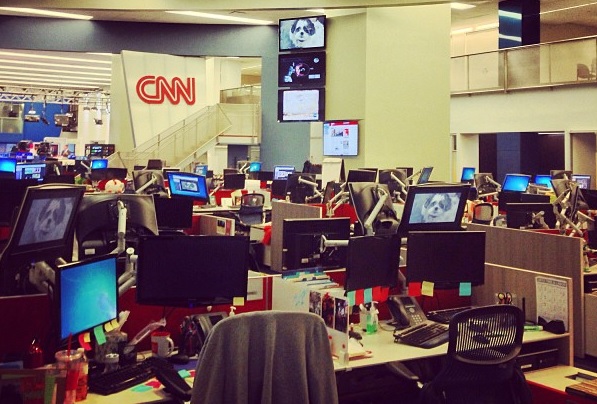 And If Congress Says No...

Fleischer says, "A nation is always stronger, a democracy, when it has the people behind it and that’s why it’s important to go to Congress... in this instance."

Dean adds the President is not weak for wanting a national debate.

SEE FULL VIDEO BELOW FOR THEIR PERSPECTIVES:

Navarro responds that loss is not an option for the President.

The professor protests that the bully pulpit hasn't persuaded Republicans to join causes the President has brought up in the past.

"There’s been a commitment to obstructing the President. I’m not sure if the serious situation will be different, but the President put himself in a very problematic position," Lamont Hill says.

Will the International Community Join U.S. Action in Syria?

France seems to be the most supportive country willing to stand with the United States if military action begins in Syria, CNN's Christiane Amanpour tells CNN's Chris Cuomo Monday.

Amanpour addressed which global powers would stand by American actions abroad saying England is still reeling from defeat of Parliament from last week's no vote.

Amanpour says "It's not just about this potential action, it's Great Britain's position in foreign policy around the world."

The international correspondent says France proclaims they have proof Assad used chemical weapons, and a public debate, but not a vote, is scheduled in the French National Assembly for Wednesday.

TO SEE HER FULL REPORT WATCH THE VIDEO ABOVE

Tune In to CNN Wednesday at 9pm ET For: ‘THE FLAG’

The first original production commissioned for CNN FILMS, "The Flag," directed by Michael Tucker and Petra Epperlein, follows the mysterious journey of the American flag featured in one of the most iconic photographs taken at the World Trade Center on September 11, 2001.

Tucker says the flag represents a larger feeling of unity. He describes it as "that sense in how we felt in those days and weeks after 9/11 and that's really something that we've also lost."

The 90-minute film is based upon the forthcoming book by David Friend, Vanity Fair’s editor of creative development and formerly LIFE magazine’s director of photography and will debut Wednesday, September 4, at 9:00pm, 10:30pm, and 1:00am.

Tips have recently flood into CNN on the mystery of the missing flag, Jason Carroll reports.

If you have any information, visit CNN.COM/TheFlag  or email Findtheflag@CNN.com.