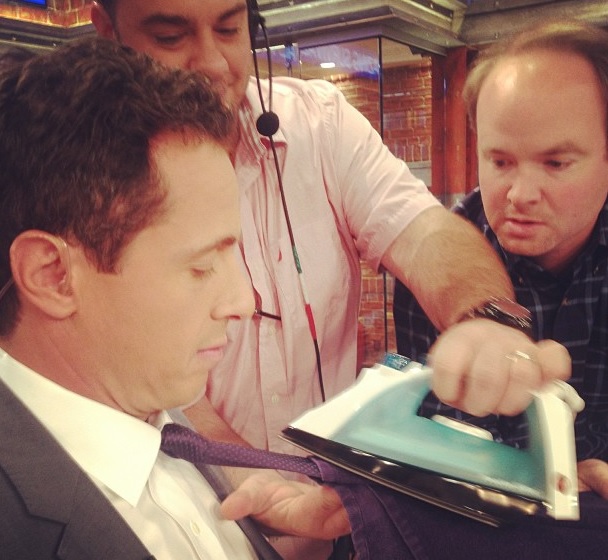 Sometimes an actor is just over playing a sexy werewolf.

"True Blood" star and classically trained performer Joe Manganello tells the "NY Post" that "sometimes all I'm being asked asked to do is rip my shirt off and growl."

CNN's John Berman sympathizes with the hunk and gives him the "Man do I know how you feel award."

WATCH THE VIDEO for the full effect.

"How do you know that he did it would be my question for you," Lora asks the news host.

DiMaggio continues to try to defend her brother's reputation and questions Anderson's role in the case.

She says, "the Hannah Anderson that I saw a few nights ago on TV is certainly not the girl that stayed in my home three weeks prior to them disappearing."

It's fair to say actor Alec Baldwin does not like the paparazzi.

Baldwin allegedly got in another hostile fight with a cameraman Tuesday night and threw the man on top of a parked car, reports CNN's Nischelle Turner.

Days earlier, the "30 Rock" star was snapped arriving at his New York apartment with wife Hilaria carrying his newborn baby girl. New photos appear to show the angry actor pinning a photographer's arms behind his back and forcing him onto the hood of a vehicle

Though both Baldwin and the photographer called 911, both parties aren't pressing charges.

In a recent red carpet appearance, Baldwin addressed the shutterbugs saying, "most of the paparazzi have their foot out to trip you. They want you to fall on the ground, and they want to get that shot."

Dr. Drew Pinsky, host of  HLN's "Dr.Drew on Call," says we should never take the law into our own hands but then goes on to give the actor praise for defending him family.

See the FULL INTERVIEW BELOW: