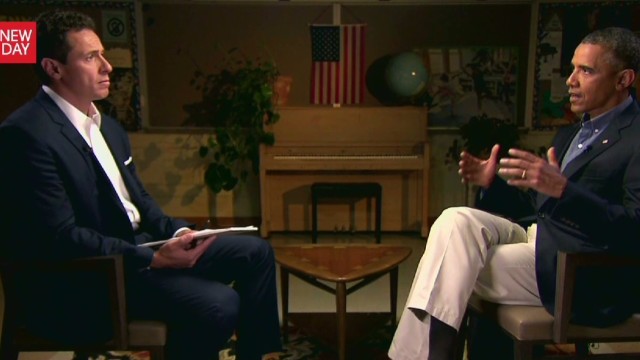 President Obama hit the road in New York this week and spoke with CNN's Chris Cuomo  about his plans to help make college more affordable for the middle-class.

The president says his plan will have three main goals:

"We're gonna start rating colleges. Rate them on who is offering best value so students and taxpayers can get the best bang for your buck," Obama said in Buffalo.

Obama also said his plan would "jumpstart new competition between colleges" and would "make sure that if you have to take on debt...that you have ways to manage and afford it."

Navarro said this issue has bipartisan support but took the Republican line rallying against government control.

"The part that is problematic is tying financial aid to those metrics that are imposed by government and having bureaucrats deciding that," she said. "That kind of big government intervention is where he'll run into trouble."

Begala was quick to support Obama's initiative and said this puts the president at the heart of the middle-class agenda.

"He is right where voters are. People are saying the only way I can earn a living, or my kids can earn a living that can support a family, is to get a good education and that is slipping away from us."

Though his arms might be tired, one Florida fisherman is thankful to be alive after being knocked overboard.

51-year-old Efstathios "Steve" Moumouris flipped out of his boat during a patch of nasty weather, CNN's Kate Bouldan reports.

The Coast Guard says he spent nearly 24 hours battling for his life, treading water seven miles from shore with no life vest.

Moumouris was enjoying a day on the water and even texted his wife a picture of a big catch. When he didn't return shortly after, she contacted authorities.

WATCH THE VIDEO ABOVE to see how this lucky man survived paddling in the water until a family out scallop fishing came to his rescue.

Only two weeks after her mother and brother are murdered and Hannah Anderson is allegedly kidnapped, the 16-year-old is getting backlash and more questions after speaking out in her first TV interview.

As a public memorial will be held Saturday for the victims as Anderson attempts to honor their memories and move on.

The teen answered questions about her harrowing kidnapping on NBC's "Today Show", saying there are certain things she still can't talk about publicly.

Though Anderson says in the interview she wants to set the record straight about her suspected abductor James DiMaggio.

“But her explanation about her communication with her alleged kidnapper leading up to the ordeal may have led to even more questions than answers,” reports CNN's Pamela Brown.

Anderson tries to explain both her communication with DiMaggio the day she was taken and the letters she wrote to DiMaggio that were found inside his charred home.

“The phone calls, they were texts because he was picking me up from cheer camp and he didn't know the address or where I was,” Anderson says.

“And the letters were from like a year ago when me and my mom weren't getting along very well…They weren't anything bad.”

Her comments, meant to silence critics, have fueled some speculation on social media.

"If there was nothing ‘bad’ about the letters, why would Hannah say that? Odd.”

"Pretty certain Hannah Anderson wanted to be swept away by her ‘kidnapper….’

Though there are also many people quick to defend her.

"More #victimblaming toward #HannahAnderson. I'm getting more pissed at society with each new post."

Anderson says she’s prepared to leave her critics behind and continue moving forward with her life.

“You are you who are and you shouldn't let people change that, and you have your own opinion on yourself," she said.  "Other people's opinion shouldn't matter.”