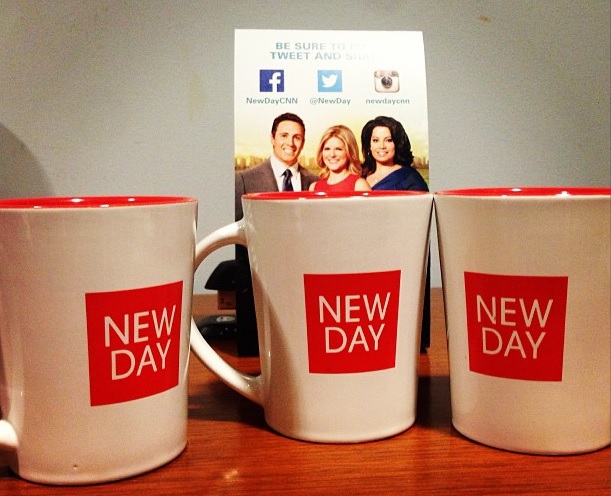 Republican Governor Chris Christie has a new message for his party: he's a winner. Speaking before a closed door meeting with the Republican National Committee, he rallied his base in a campaign style speech... and he had some pointed jabs for his potential 2016 rivals.

"It is the epitome of Chris Christie. It is Chris Christie unvarnished, it's what you expect from Chris Christie. Don't invite the guy over for lunch if you want some sugar-coated speech, in subtle tones where you're going to have to figure out and interpret the modern art. The guy will tell you exactly what he's thinking, and what he's saying is 'look, I am growing the party.'" (WATCH TOP VIDEO)

Smith has accused Levy of interfering with a child rape case against Levy's former trainer Alexandru Hossu, back in March.

According to the Putnam county Sherriff, Hossu is accused of raping a 13 year old girl on 2 occasions back in 2010.

Levy says he rescued himself from the rape case as soon as he learned Hossu was under investigation. In the 30 page complaint filed by LEvy, he alleges that defamatory statements made by Smith were published in various online publications.

In a statement, Judge Judy said about her son… "His moral compass is dead center, when someone attacks his character professionally or personally they best be prepared to back it up – shut up – or pay up." (WATCH TOP VIDEO)

Judge Judy's son, Putnam County District Attorney Adam Levy spoke to CNN's Chris Cuomo on "New Day" on why he is being so public with this suit:

"The local sheriff in Putnam County, Don Smith, needed to be held accountable for what he did to me as the sitting DA by accusing me of criminal acts, something that, quite frankly, there's no greater harm to a district attorney, to his reputation." (WATCH VIDEO)

A government building in Cairo, stormed and set of fire. Dozens of churches throughout Egypt, attached and torched.

The ferocious crackdown killed hundred, injured thousands and turned a Cairo mosque into a makeshift morgue where outraged and grief stricken families mourned in disbelief.

The bloodshed sparked condemnation around the world.

President Obama stopped short of cutting 1.5 billion dollars in annual aid to Egypt – a critical U.S. ally – but he canceled next month's joint military exercises with the Egyptian army, and delivered a sharp rebuke.

Egypt's leaders continue to defend the crackdown as a necessary step to stabilize the nation and transition into democracy.