Custody Battle Over Veronica Heats Up

A family saga that has spread from Oklahoma to South Carolina and back again is showing some hopes of resolution.

In the case of three-year-old Veronica, both the adoptive parents and her biological father are now making moves they hope might lead to a final forever home for the little girl.

South Carolina couple Melanie and Matt Capobianco adopted and raised Veronica for two years before losing her over a bitter custody dispute to her biological father Dusten Brown.

Four years ago, Brown had waived his parental rights.

But when the case reached the U.S. Supreme Court, justices ruled in favor of the adoptive parents, and South Carolina ordered the baby be returned to them.

Wednesday, the Capobiancos arrived in Oklahoma desperately fighting to get their adopted daughter back.

"What we seek is peace for our daughter,” Melanie Capobianco told the press.

Even Oklahoma Governor Mary Fallin is weighing in on the case. She tweeted Wednesday: "Mr. and Mrs. Capobianco deserve an opportunity to meet with their adopted daughter.”

She also tweeted: "They also deserve the chance to meet with Mr. Brown and put an end to this conflict."

“Brown's attorney tells CNN that at his client's request, and Governor Fallin's suggestion, he had reached out to the Capobiancos’ representatives to discuss a resolution in the best interests of Baby Veronica,” Sambolin reports.

“This included an offer to meet personally with the Capobiancos.”

Veronica’s life is caught in the middle of a complex number of legal systems and the sentiments of two sets of parents, both of whom love her.

“In this particular case, action is in the process of being forced,” says Banfield.

“I think the courts and the government have actually tried to sidestep somewhat in order for resolution and the best interest of the child to perhaps have some foundation to work themselves out as well.” 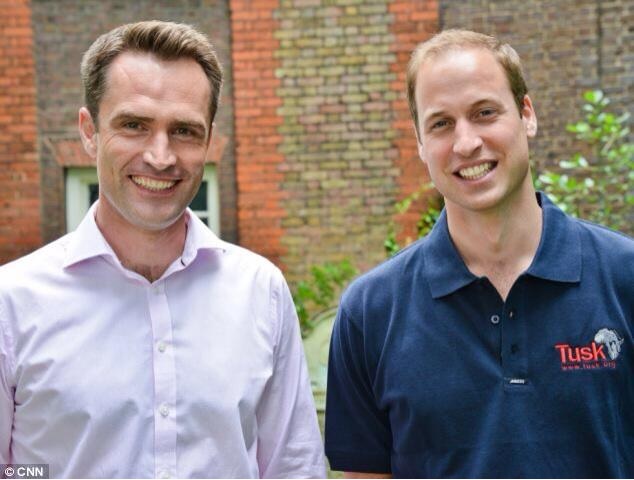 Monday: CNN's Max Foster Sits Down For First Interview With Prince William Since the Birth of His Son

CNN’s Max Foster sat down for the first interview with Prince William since he and his wife the Duchess of Cambridge welcomed their first child.  The interview is part of a one-hour special, "Prince William’s Passion:  New Father, New Hope," which will premiere on CNN on Sunday, September 15th at 10 pm ET.

The special chronicles the Prince’s passion for Africa and his dream to save the world’s most endangered species.  As a new father, the Prince discusses his hope that one day his son can experience the same Africa that he and Prince Harry did as young boys.

The Royal Family has worked on conservation in Africa for generations.  In "Prince William’s Passion:  New Father, New Hope," the Prince discusses how he is continuing the tradition.  His love of Africa and its endangered species were instilled in him by his father Prince Charles, and late mother Princess Diana.  The Duke of Cambridge also highlights some of the incredible work done by individuals in the area of conservation including Tusk, an organization that he is a patron of.

Portion of the interview will air on CNN’s New Day on Monday, August 19th at 8:00am ET

State of Emergency in Egypt

Now in a state of emergency, Egypt is bracing for more protests after the bloodiest day since the 2011 revolution.

Hundreds of people were killed and thousands injured on Wednesday when security forces cracked down on supporters of ousted President Mohamed Morsy staging a six-week long sit-in.

The move was a promise Egypt's military backed interim government had been making for weeks.

“They say Morsy supporters fired first and they were forced to fire back.”

The gunfire lasted for hours as security forces steadily pushed in and Morsy supporters desperately held on behind makeshift barriers.

“Thousands of angry Morsy supporters, many of them walking wounded, left in despair. For Egypt's military backed interim government, it was mission accomplished at a steep cost.”

But the Muslim Brotherhood is promising there will be more demonstrations, signaling a movement for which they're determined to keep fighting.

Secretary of State John Kerry condemned the bloody military crackdown, but so far the administration has not offered plans for a response.

“The tragedy here is that we don't really have a lot of leverage,” remarks Peter Beinart, the Senior Political Writer for the Daily Beast and a senior fellow with the New America Foundation. (WATCH VIDEO)

“Our point of maximum leverage would have been right after the coup, if we would have put U.S. aid on the line.”

Beinart admits the option is clearer in hindsight, “but perhaps at that point, we could have kept the military from going down this path of a violent confrontation.”

In retrospect, Beinart says the United States looked equivocal by not calling the ouster a coup from the beginning.

He believes the United States has also now lost credibility and influence with the Muslim Brotherhood and Islamists all over the world.

“The message for Islamists now is, the United States only supports elections where our side wins. And that we basically wink at coups,” Beinart says.

“We wink at coups when it's against people we don’t like. And that’s a very disturbing message I think.”

The feeling on the ground in Cairo seems to reflect that sense, according to Egyptian journalist and commentator Mona Eltahawy.

“I can safely tell you that most camps in Egypt right now do not like the United States very much,” says Eltahawy. (WATCH VIDEO)

Eltahawy says the reason for that “is the United States has a long history of supporting dictators in Egypt, as it does in many other countries, in the name of stability and at the expense of people and freedom.”

She stresses that while Morsy was elected democratically, he ceased to be a democratic leader for many Egyptians, and became an authoritarian like former president Hosni Mubarak, who lead for 30 years.

“And we didn’t want Morsy to turn into a 30-year dictator,” Eltahawy says. “But I also must emphasize, that we also do not want to return to military rule.”

Eltahawy, who was herself arrested and assaulted in 2011 while covering the revolution, says the Egyptian people will stand up to the interim military government just as they had with the military junta after they ended the rule of Mubarak.

In today's edition of the "Award of the Day" – Prince – or the artist sometimes so named- has just taken a major step, according to CNN's John Berman. As of this week, Prince appears to be on Twitter.

He is tweeting under the handle @3rdeyegirl, which is the name of the band he is performing with. His first tweet just said:

He then tweeted some food, and a sort of selfie. So why is this a big deal? A lot of people are on Twitter after all.

Well, a couple of years ago, Prince said this in an interview:

"The internet is completely over... all these computers and digital gadgets are no good. They just fill your head with numbers and that can't be good for you."

The internet is over? Maybe not Prince. I think the world wide web might amount to something, says Berman, and now apparently you do too. Welcome to the 90's Prince. Tonight you are going to party likes it's 1999.

Therefore, Prince wins the "Party Like it's 1999 Award. He Finally made it.