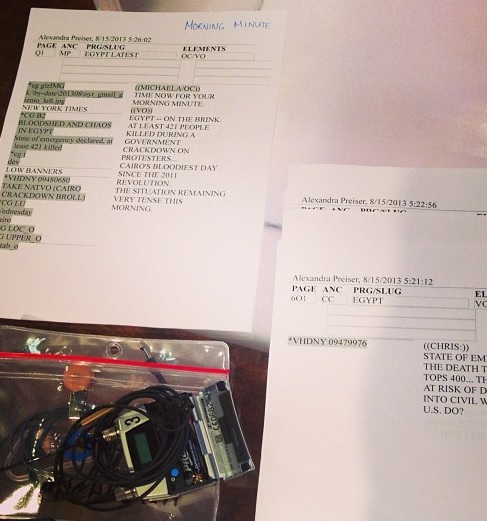 High water temperatures and low water levels are the ideal breeding ground for this rare but extremely deadly brain-eating amoeba. Health officials in Florida are now issuing a warning "to be wary when swimming, jumping or diving in fresh water" with these conditions, CNN's Elizabeth Cohen reports.

It's rare, but the amoeba can go up the nose and into the brain, causing parasitic meningitis.

12-year-old Zachary Reyna is battling the disease in Miami Children's Hospital after contracting it while knee boarding in fresh water near his home. On Facebook, his brother says Zachary had surgery to remove pressure from his brain.

Nearly everyone who gets this infection dies. In the past 50 years, only three people have survived.

Most recently, 12-year-old Kali Hardig, who's out of a coma and now in fair condition at Arkansas Children's Hospital. Doctors credit her amazing survival – in part – to an experimental anti-amoeba drug.

The Centers for Disease Control has sent the drug to Miami to treat Zachary, and just as friends and family had prayed Kali Hardig would be the third person to survive this horrible infection, Zachary's supporters hope he'll be next.

A San Diego judge unsealed police search warrants that reveal grim, new details about the night of Hannah Anderson's alleged kidnapping and murder of her family.

According to the newly released search warrants, "DiMaggio tortured and killed his best friend's wife and eight-year-old son... [and] shot and killed the family dog." Also, "a crow bar and what appeared to be blood on the ground" next to Christina Anderson's body, CNN's Casey Wian reports.

The 40-year-old DiMaggio then allegedly set his house on fire and kidnapped the couple's 16-year-old daughter Hannah, who the documents say he spoke with "13 times on the phone earlier that day."

The FBI rescued Anderson on Saturday, and killed DiMaggio during the confrontation. An Idaho coroner says he was shot at least five times.

"As for my daughter, the healing process will be slow. she has been through a tremendous, horrific ordeal," says Brett Anderson, Hannah's father.

Now home, Anderson has quickly taken to social media to help cope with her pain. Her posts hit the social-media sphere 3 days after her rescue, leading some experts to questions her public catharsis. Yet others argue social media could be a good outlet for her.

Investigators are combing through the wreckage of a UPS cargo plane crash in Alabama from early yesterday.

The plane broke apart on impact and burst in flames, killing both pilots on board.

The NTSB says they received no distress call before the crash. Meanwhile, residents nearby the site of the crash tell CNN they’re grateful they weren’t hurt.

“The broken and burnt wreckage of the A-300 cargo plane sits in an open field a half mile from a neighborhood,” reports CNN’s David Mattingly.

“I'm thankful that it did not kill us,” says witness Barbara Benson. Debris from the wreckage landed in her yard.

“The UPS plane out of Louisville, Kentucky, flying over rooftops as it approached the Birmingham airport before dawn,” Mattingly says.

“People say they awoke to what sounded like a flight in trouble.”

“It was extremely low, and then it sounded like it was sputtering, like it was out of fuel,” says witness Sharon Wilson.

“Federal crash investigators are only beginning to find answers, a mystery compounded by an absence of critical communication.”