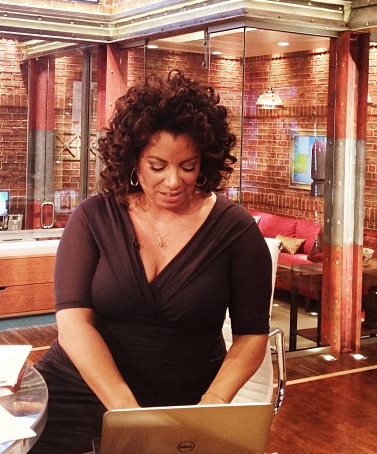 School Bus Attackers in Court—Are the Parents to Blame?

One month after their brutal attack on a young boy in a school bus, the three teenage attackers in question were tried as juveniles in a Gulfport, Florida courtroom yesterday.

The three 15-year-olds went before a juvenile court judge facing aggravated battery charges for beating the 13-year-old boy and breaking his arm on the school bus in early July.

The boys remained silent as they left the courtroom, reports CNN’s Pamela Brown. “The father of one only offering these words, ‘Consequences, just consequences is all I can say.’”

According to police, “the older boys were seeking revenge after the victim told teachers that they tried to sell him drugs,” Brown reports.

“The Juvenile Justice Department is recommending nine months’ probation and anger management for two of the boys.”  The third meanwhile faces an additional robbery charge for allegedly stealing money from the victim after the beating.

The prosecution feels that the proposed punishments don't match the severity of the crime and have asked to enter the bus surveillance video as evidence to illustrate that point.

The three boys are due back in court on August 27.

Their school spokesperson says “they are reviewing the incident and looking at whether improvements can be made to ensure students' safety on their school bus,” Brown says.

“Also, the spokesperson could not elaborate on the specific disciplinary measure taken for those teens, but says that kind of behavior could lead to expulsion.”

Loni Combs, a former Los Angeles County prosecutor, and author of "You're Perfect... and Other Lies Parents Tell: The Ugly Truth About Spoiling Your Kids," weighs in on the case and who should be held accountable for the actions of the boys.

She says the situation can be linked to increased violence prevalent in children’s lives and their desensitization to it.

“There's more bullying, whether it's just over the Internet or in person like this, and it starts with the parents,” Coombs says.

“The parents need to start doing more parenting and teaching these kids that it's wrong to do this… I think it's a good point to start holding the parents accountable.”

Six dead. All from one family. Four of them children. State troopers were pursuing a stolen pick-up truck Monday in Hidalgo County in Southern Texas. It blew through an intersection hitting several cars, CNN'a John Zarrella reports.

Last month outside Atlanta, another stolen vehicle. Another high speed chase captured on the dash cam...police say in excess of 100 miles per hour before the driver crashed. He's dead.

"He was creating the danger and we were trying to get him stopped," says Major Don Woodruff Duluth, GA Police

It seems we hear about high speed chases all the time. Often times the question is raised, are they really necessary?

A 1997 National Institute of Justice study found that beginning in the 90's a growing number of agencies were making their policies more restrictive, to chase only in response to a violent felony.

But here's the downside- researchers say most pursuits, as many as 90 percent, are still for non-violent crimes.

Not in Dallas which has one of the toughest chase policies in the nation and has reduced the number of deaths to police officers and civilians says former chief David Kunkle who instituted the changes.

"We wouldn't allow our officers to pursue people that didn't stop or took evasive action. We would keep them from chasing after those individuals and find other ways to catch em" says David Kunkle, Former Dallas Police Chief.

A Tennessee judge has ordered a mother to change her son's name from Messiah to Martin.

The judge's reasons that the name is only reserved for one.

“The word ‘Messiah’ is a title and it's a title that has only been earned by one person and that one person is Jesus Christ,” she says.

The little boy's mother, Jaleesa Martin, says she wound up in court initially for child support. She and the child’s father have different surnames and couldn’t agree on their son’s surname.

The judge instead “came out and said I'm going to change his first name,’ because she didn't like it,” Martin says.

The judge decided to name the boy Martin Deshawn McCalla.

HIs mom is now fighting for the right to call her son Messiah.

If she wins, she says she’d tell the judge, “I'm sorry that you have your own beliefs, but you have no right to change my child's name.”