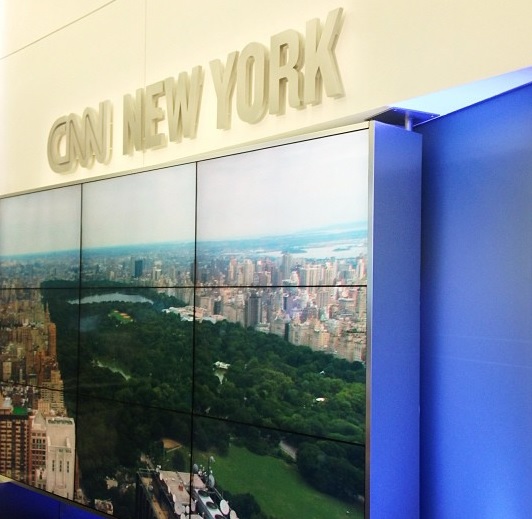 NSA leaker Edward Snowden’s father had strong words for the president when he spoke out this weekend, defending his son and criticizing the Obama administration’s handling of his situation.

Appearing on a Sunday morning talk show, Lon Snowden took aim at the president, and a republican congressman who's labeled his son a traitor.

"My son has spoken the truth,” he said on ABC’s “This Week.”

"He has sacrificed more than either the president of the United States or Peter King have ever in their political careers or their American lives."

“Lon Snowden, was reacting to the presidents pre-vacation news conference, where he dismissed the notion that the younger Snowden’s actions served a greater good,” reports CNN's Dan Lothian.

"I don't think Mr. Snowden was a patriot," Obama had said. "The fact is, is that Mr. Snowden's been charged with three felonies.”

“Now, Snowden's father says he and his attorney will be traveling to Russia very soon to help his son fight those charges,” Lothian reports.

Lon Snowden’s attorney didn’t reveal the date for that departure, “because of the frenzy," which the his client claims will make it difficult for his son to get a fair hearing if he returns to the U.S.

"I want my son to come home if I believe that the justice system that we should be afforded as Americans is going to be applied correctly,” Lon Snowden said to ABC.

He believes the criticisms of his son voiced by lawmakers have been “absolutely irresponsible and inconsistent with the U.S. justice system,” Lothian reports.

“He says that they have poisoned the well, making it difficult to find an impartial jury.”

Justin Carter, the Texas teenager who spent five months in jail after being arrested over a posting on Facebook, will appear in court today to face felony charges. Carter says he was only joking when he threatened to shoot up a Kindergarten class during an online argument over video games.

At the moment, Carter is out of jail after an anonymous donor posted his five hundred thousand dollar bail, but the fight continues, and the first big step in the process to get the case dismissed is happening today, CNN's Pamela Brown reports.  Now we're getting our first glimpse of the centerpiece of the case from court documents filed by Carter's legal team.

Authorities charged him with making a terroristic threat after writing in part "I think I'ma shoot up a kindergarten and watch the blood of the innocent rain down" during a heated thread about an online video game –a felony that could land him behind bars for 10 years. But his family says it was nothing more than a sarcastic comment

"The idea that my son would ever hurt little kids is ludicrous. He never would, he's not that kind of person," says Jennifer Carter, Justin's mother.

According to court documents Carter's lawyers claim Carter made no real threat because he used the words "I think." They say his comments were taken out of context.

Today in court, Carter's attorneys want the judge to order the state to release the full conversation of the Facebook post along with information about where the post came from, grand jury recordings, testimony and transcripts. CNN has reached out to prosecutors in both cases and are awaiting comment.

For years, visitors to the site of Lee Harvey Oswald's grave have all wondered: Who is Nick Beef? That's the strange name written in all capital letters on the stone marker next to John F. Kennedy's killer.

“Just days after the Kennedy Assassination, Oswald was himself murdered and then buried in a graveyard in Ft. Worth, Texas,” “New Day” Anchor Kate Bolduan reports. (WATCH TOP VIDEO)

His grave site, bearing just the name Oswald, has since become something of a tourist attraction.

“But for the last 15 years, it's the headstone next door that has left history buffs and conspiracy theorists alike, scratching their heads,” Bolduan says.

“Like any great mystery, there's all sorts of conspiracy theories around it,” Presidential historian Nick Ragone says, “whether he was a CIA operative, or part of a Castro regime or a Russian agent.”

In fact, the real-life Nick Beef is a 56-year-old artist living in New York. Having revealed himself to The New York Times, his real name is Patric Abedin.

“At age 6, Abedin saw President Kennedy in Ft. Worth, the day before the president was assassinated,” Bolduan says.

Stopping by the grave site often with his mother, “she would say, never forget that you got to see Kennedy the night before he died,” Abedin says. (WATCH VIDEO)

Abedin says the gesture wasn’t his way of “exalting the man by any means,” but realizing “how one man could change the world and it’s just this lonely little grave.”

Abedin only purchased the plot after a local newspaper in Ft. Worth had written an article about how nobody ever bought the plot next to Oswald.

But he explains the significance the plot holds for him, although he prefers to be cremated.

“It reminded me that the world can change very, very quickly,” Abedin says. “Having seen Kennedy that night, and the next day he was gone.”