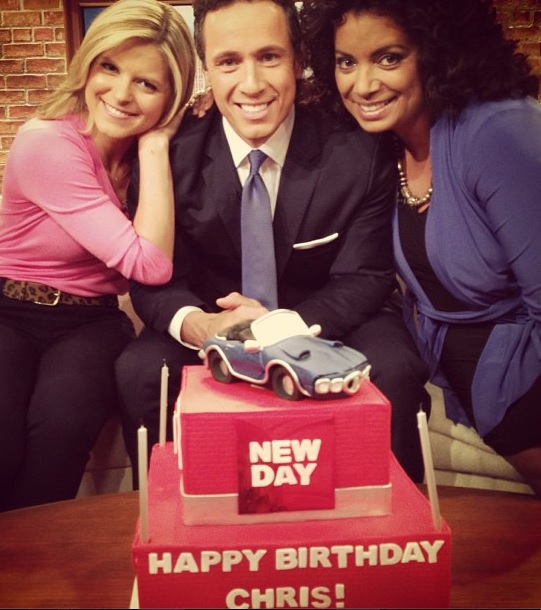 Friend of Suspected Kidnapper: "There is no good end to this story"

Andrew Spanswick, friend of alleged kidnapper James DiMaggio, spoke to Anchor Chris Cuomo about the type of person DiMaggio is, and if he seems capable of kidnapping, arson and murder.

"Do you have any insight into who this man is and what he was about?" asks Cuomo. Just a clue on  how he could do something like what is alleged?

"What he's allegedly done doesn't really match with the person that I know. I know that sounds like something you hear often when somebody has some sort of psychotic break and ends up doing something crazy... in this case he's being allegedly accused of kidnapping, and arson and murder. That doesn't match with the Jim that I know."

"There is no good end to this story, it's already a huge tragedy," says Spanswick. [Watch Above Video]

IF YOU HAVE INFORMATION, CALL:

As of this morning, four states – California, Oregon, Washington and Nevada – have issued Amber Alerts for the suspected child kidnapper, James DiMaggio. Authorities also warn that DiMaggio may have explosives with him.

This morning, Captain Duncan Fraser of the San Diego Sheriff's office spoke to CNN's Kate Bolduan about what was discovered at the scene, and why police feel DiMaggio may have explosives on him:

"We have a heightened concern that's based on the evidence that we've been collecting at the scene. All week long, our investigators have been sifting through literally tons of debris and... we don't hold anything past this person. We think that he's capable of anything at this point. We do have evidence at the scene that has raised our concern that there are explosives."

You are confident this was a pre-planned event? asks Bolduan.

DiMaggio is a camper, so it is possible that he is hiding out somewhere in a rural area, the San Diego Sheriff's Department said.

IF YOU HAVE INFORMATION, CALL:

For the latest developments on the story, go to CNN.com.

This morning, more sightings and more concern about the fate of 16 year old Hannah Anderson in the hands of her alleged abductor James DiMaggio, CNN's Miguel Marquez reports.

There have been dozens of sightings of the dark blue Nissan Versa outside of California, with Amber alerts now lighting up much of the western US.  [Watch Above Video]

Investigators are saying DiMaggio may have built his own explosives, ditching his car and wiring it to explode.

"If you see this car, do not approach it, but call law enforcement," says Jan Caldwell, San Diego County Sheriff's Department.

This as the human toll is taking it's effect. Sara and Ralph Britt – mother and step father of Christina Anderson and grandparents to Hannah and Ethan- spoke exclusively to CNN.

"Let her come back," says Ralph.

They believe that Hannah is alive. They hold out hope 8-year-old Ethan is alive as well, but they fear the worst.

Steve Moore, former FBI agent specializing in the investigation of violent crimes, adds his perspective on how police might know James DiMaggio has explosives:

"Likely, what you're going to do is try to figure out what he's done in the last few weeks, months, before this kidnapping. They may have found explosives or detritus of the explosives, at his house, or purchase records." [Watch Video Below]