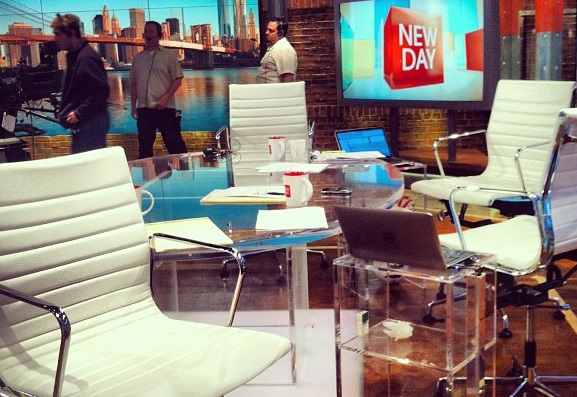 Jeff Corwin on Boys Strangled by Python: "...They Didn't Have a Chance"

It was a somber vigil held last night as family and friends remembered Noah and Connor Barthe. The young brothers were killed by an African rock python during a sleepover, CNN's Pamela Brown reports.

"They played with llamas and goats and horses. That's what they always loved and that's how we're trying to remember them," says David Rose, the victims' Great-Uncle.

Jean-Claude Savoie is the family friend who was hosting the boys at his apartment. His own son was unharmed in the next room. Savoie also owns the reptile store downstairs.

"I turn the lights on and I see this horrific scene and the snake was gone," says Savoie.

Snake experts tell CNN that this type of python typically only kills when it's hungry. An earlier statement by police said the snake may have fallen from a vent in the ceiling, which also could have scared it into attack mode.

As investigators look for answers, the Barthe family is grieving the loss of their little boys.

"They were two typical children, they enjoyed life to a maximum," says David Rose, their Great-Uncle.

"... if they were sleeping, they didn't have a chance. First of all, you're a young child so you're easily disoriented and you're not aware of your surroundings and you're sleeping. And these creatures move with incredible silence. Once they latch on and envelop the prey in the constricting process, that squeezing process, unless you know what you're doing, it's very hard to escape."

No Current Plans for a One-On-One Between Obama & Putin

There will be no "see you in September summit" in Moscow between President's Barack Obama and Vladimir Putin, CNN's Jill Dougherty reports.

The White House does say President Obama will attend the G-20 Summit in St. Petersburg, Russia, and both men will be in the same room there, but so far, there are no plans for a one-on-one.

"Our relationship with Russia has been a roller coaster at times," the State Department spokeswoman Jen Psaki tells CNN's Jake Tapper.

The biggest reason for the snub? Moscow's decision to give NSA leaker Edward Snowden temporary asylum in Russia.

But it's bigger than that. The White House has a number of other issues where the two countries are at odds, including Russia's new anti-gay "propaganda" law which President Obama has criticized.

CNN's Fareed Zakaria, host of "Fareed Zakaria GPS" adds his thoughts on the United States' role in the situation:

"I think what fueled this fundamentally is a genuine frustration with the Russians because it isn't just Snowden. Let's be honest Chris, if a Russian spy fell into our hands, I'm not sure sure we would quickly extradite this guy back to Moscow." [Watch Video Below]

Security officials in Yemen are claiming they've foiled an al Qaeda terror plot. They say the plan called for missiles against foreign embassies in the capital city, Sana'a, along with seizing critical international shipping ports in the Red Sea.

"Many officials say that they did foil a plot to capture oil and gas facilities in southern Yemen, and they believe it might have been part of the larger plot we've all been talking about. But U.S. officials, right now, say they're not so sure," CNN's Barbara Starr reports.

"They point out, rather sensitively, that oil and gas facilities in Yemen often do come under attack, especially by al Qaeda element. Not ready to say yet that this one was connected."