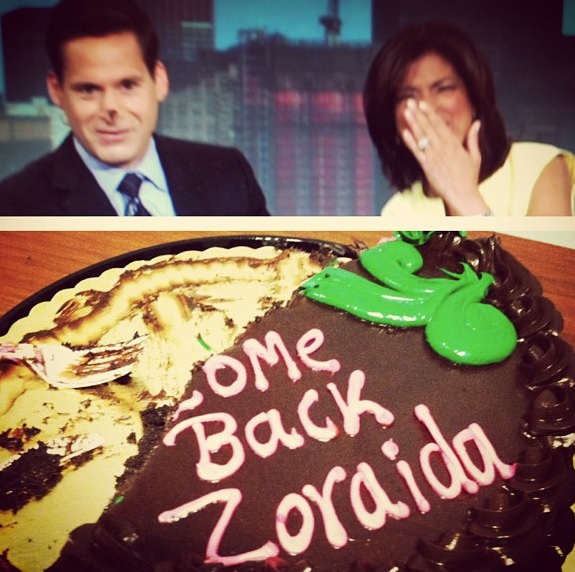 If you subscribe to Time Warner Cable, you might be reaching for the archaic rabbit ears—antennas for the TV set—just to watch your favorite CBS shows.

About three million people in eight cities are stuck in that television time warp while Time Warner Cable and CBS iron out their differences.

Time Warner Cable failed to reach an agreement with CBS over the fees to rebroadcast its programming on Friday afternoon, implementing a blackout of all CBS owned channels.

“The message from Time Warner Cable to CBS is clear, but it's subscribers who aren't getting the picture,” CNN’s Alison Kosik reports.

Subscribers cannot even go online to watch shows they’re missing out on TV.

“CBS has blocked you from accessing its shows there until this battle is over,” Kosik says.

**Please Note: Time Warner Cable is not part of Time Warner, the parent company of CNN.

The video is so intense, it could be from the set of a Hollywood action movie. Watch above video as firefighters battled a three-alarm fire that consumed a 2-story home in Boise, Idaho.

Captain Randy Christensen noticed the wall of the house starting to bow, and quickly warned fire crews to get out of the way. Just fifteen seconds after his warning, the home gave way, CNN's Michaela Pereira reports.

A few were pelted with burning debris and others were knocked to the ground, but no one was trapped inside, a blessing Boise fire Chief Dennis Doan recognizes: "we could have had firefighters trapped underneath there. it was chaos for a bit, because for a while we did think we had one," he says.

Investigators are still trying to uncover the source of the inferno.

But is it just a coincidence that both performers are strong supporters of gay rights, which are under serious threat in Russia? Could the charges be payback for their onstage comments during concerts there? Watch video above.