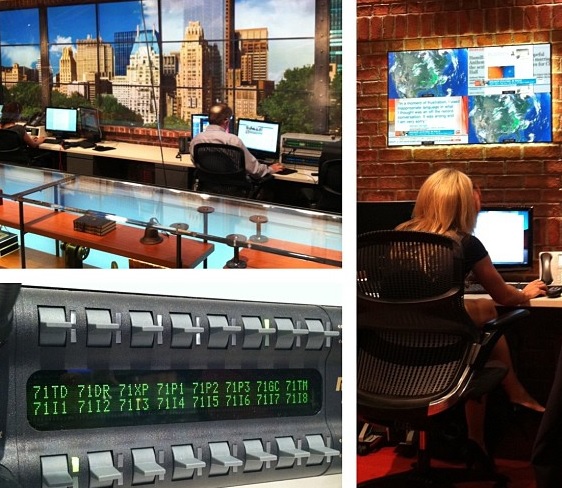 Award of the Day: Real-life Griswolds Hit the Road, & Moreos?

For today's "Award of the Day." we honor innovation. A family from Georgia actually named the Griswolds built an exact replica of the wagon queen family truckster immortalized in "National Lampoon's Vacation" and drove it to Disney WOrld – because there is no such thing as Wally World. Watch above video

"This actually happened," reports CNN's John Berman. "And I should note it is the 30th anniversary of 'Vacation.' I know what you're thinking: what could be more impressive than that? well, behold... the Moreo"

It is an idea posted on Reddit and it does what we have all dreamed of doing forever. It separates the cookie part of the oreo from the cream part, and let's you dip the cream. The inventor has tried to contact Nabisco, but received no response.

"I think he is aiming too low," says Berman. "Anyone who can invent this is destined for bigger things."

The creator of "Moreo" wins our "Best Hope for Mideast Peace" award. They could even fix Washington, imagine Democrats and Republicans sharing an octuple stuffed moreo?

The parent's of a University of Michigan medical student continue to try to solve his murder. CNN's Chris Cuomo reports.

Police in Ann Arbor, Michigan, are now offering a $10,000 reward for information that might help them solve Paul Dewolf’s murder.

The 25-year-old was found shot to death by a single bullet.

Police believe Dewolf was killed in cold blood, but so far have no motive why someone would want to kill the popular aspiring surgeon.

Dewolf's parents, Thomas and Kristine, spoke on "New Day" Friday to ask the public to continue to try to help solve the mystery.

Thomas said, "We’re looking for anybody that has any knowledge at all about this incident of someone coming in and shooting our son and we’d like them to come in and contact the Ann Arbor Police and give them any information that they might have."

Dewolf’s friend Sarala Sarah remembers the student as someone excited about his future.

“He was excited and ambitious and really looking forward to all the great things life had to offer for him,” Sarala says.

Doctors now say an experimental drug could be the key to saving a 12 year old girl fighting for her life after coming into contact with a brain-eating amoeba during a trip to an Arkansas water park.

“When Kali Hardig arrived at Arkansas Children's Hospital, she was so exhausted she couldn't even answer the doctor's questions,” CNN Senior Medical Correspondent Elizabeth Cohen reports.

The doctor ran tests that showed Kali had a rare and almost always deadly infection. Swimming around in her spinal fluid were the brain-eating amoebas.

“Kali's parents were told she might have only days to live,” Cohen says.

“To preserve brain tissue, Kali's doctors induced a coma and cooled her body to 93 degrees. Doctors also turned to the Centers for Disease Control for an experimental anti-amoeba drug, unsure if it would work.”

But it’s given her a fighting chance. “Now there's now no trace of the amoebas in Kali's spinal fluid,” Cohen says.

Yet Kali still remains in intensive care in critical condition.

“Killing the amoebas is one thing, but managing brain swelling and the aftermath of the infection and the irritation to the brain is really the critical part in having a patient survive,” Dr. Pasala says.

“If Kali does pull through, she'll beat the odds: Only one person in the US has survived this disease in the past 50 years,” Cohen reports.