The Great Kate Get Ready and Wait

It was almost an isolated whisper – rising above the typical chaos of a live news program.  Heard above the scrambling crew – stopping me in my tracks after frantically editing a script...

Headlines would later make blatantly clear why CNN was sending five of us to England for 35 hours – “WOMAN HAS BABY.” But, more delicately put – the Duchess of Cambridge gave birth to a child and we we’re going to be there...well near there...for the celebration and history-making that would follow.

But, more importantly to me, this would be the first time I would follow my anchor to where the news was happening. The first time I could see what it meant to travel the world and contribute to what CNN does best – take you to the story.

Of course, we would finish the show first. So, Kate wrapped up a solid three hours of news programming and we quickly ran off set to our desks for notebooks, travel converters, international data plans and breakfast bars. We had to be at the airport in less than six hours and had already been up all night to present you with your “New Day.”

Now – the part we all hate – the security lines, the bulky carry-on, delays on the tarmac – that was all minimal compared to the anxiety that would hit us like a brick after our very large plane would make a very eager landing at London Heathrow.

We had few hours of sleep and a lot to do before our show would start but hours later. Kate changed in the airport bathroom as Marlei, a tape producer, and I coordinated with the London Bureau on transportation to the site. Our EP Jim and Editorial Producer Alexa worked on everything we would have to do once we got there. And, yes, it would be a lot.

So, cue London traffic and the strategic thinking. Here you have to fight to keep your eyes open and on your email. No, Lindsay, there would be time later for the the beautiful sights and sounds of a foreign land – I assured myself. First – the Rundown. What guests did we have lined up – what research did we have ready to go.

We get to this somewhat muddy but also breathtaking makeshift set staged in front of Buckingham Palace. And, sandwiched between NBC and CNN International – our workspace was tight. But, everyone was buzzing. Kate quickly tracked three pieces so editors back home could put together solid packages on what was to come with the #GreatKateWait. You see the waiting wasn’t over – we still needed that first glance at the infant child, the first words from beaming parents, the first (and potentially many middle) names to be. And, Kate needed to be prepared.

So, the rest of the day went as such – print research, print scripts. I sat cleverly out of view, right at Kate’s feet. Doing pretty much what I always do during our shows – tell Kate what’s coming up next – help her with questions for our interviews with Royal experts and make sure the intermittent torrential rain didn’t drown us under the flimsy white tent that sheltered us. I guess I don’t always have to do that last thing. But, I promise you there’s a New York set-based equivalent.

The show was seamless and we had simple things like a shower and food on our minds. So, we skipped out of there into cars led by very English drivers who said things like “Hello” and, “Where are you going?” Can you even imagine?!

On the afternoon agenda – snack, shower and then jet off to St. Mary’s Hospital to tape a piece for the next day’s show. Harvey, our lovely photojournalist led the way to Max Foster – our chief hospital-waiting correspondent (but also much more than that). Max had camped out front since the conception of this baby (well no, but close). He was all smiles and delighted to see us. But, no one was more thrilled than our team when Prince Charles and Duchess Camilla rolled up to check out the newly born infant that had made us all more patient humans.

After grabbing the shots we needed – FINALLY FOOD. We fled directly to this amazing Italian restaurant in Notting Hill. Let’s set it straight here and now. Say what you want about British food – and maybe the food wasn’t British – but I never had a more fantastic meal. All was going splendidly until we got some urgent messages from back home. Wolf Blitzer and Chris Cuomo (the two important men in Kate’s TV life) were asking for live shots from Kensington Palace where the Cambridges had just left to with their newborn. So, we wrapped that bread up and made our way back into Max Foster’s arms.

Max was already set up in an even more haphazard set – infested with flying gnats? mosquitos? bugs? They were everywhere. Kate promises they flew into her nose and permanently camped out on Max’s head. Either way, we nailed those interviews. Quickly had Kate track some lines for a new Royal Special to air this weekend. (Guys – you have to watch – we ate bugs for this).

And, then, you want to know what television producers do when they’re exhausted and spent. They drink. 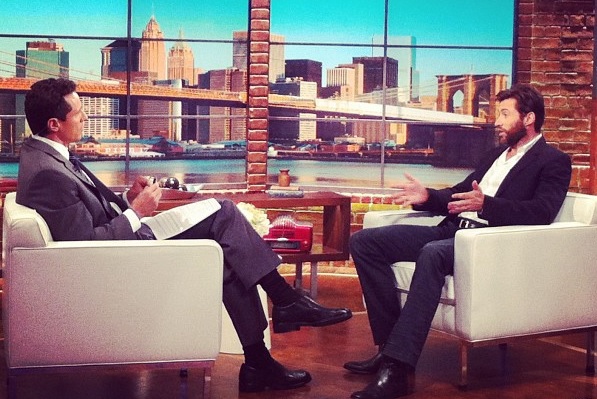 This morning, Pope Francis will bring his message of faith to young prisoners in Brazil. The Pontiff spoke at a huge rally on Rio's Copacabana Beach last night, as more than a million pilgrims flooded into town for World Youth Day.

As of this morning, medical personnel are trying to identify 13 of the 80 people that were killed in the recent deadly train crash in Spain. The bodies are too mangled at this point to get a positive ID.

Overnight, the identity of the one American killed in the crash was revealed – Ana-Maria Cordoba, a Virginia mother who was traveling with her family – according to the Catholic Diocese of Arlington. According to Deputy State Department spokeswoman Marie Harf, at least five other Americans were also injured.

Some estimates suggest the train was moving at 188 mph, more than double the speed limit on the tight turn portion of the track, CNN's Karl Penhaul reports.

The train driver is now under formal investigation. He is being questioned by police but has not been charged.