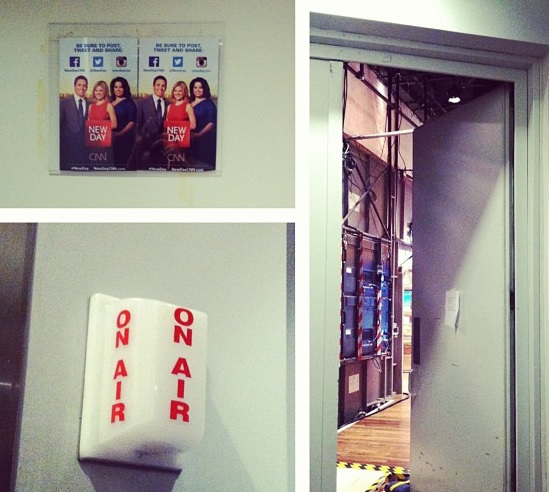 Today more than one million Catholics are expected in Rio de Janeiro for World Youth Day, and tonight, Pope Francis will celebrate mass with them on Copacobana Beach.

Brazilian officials are beefing up security for the event, following a few safety scares this week, CNN's Miguel Marquez reports.

Weiner Stays in Race, Wife Huma Stands By Him, But Why?

A defiant Anthony Weiner refuses to bow out of the Big Apple mayor's race despite more humiliating revelations of online escapades.

Judging from his behavior out on the campaign trial, “it is very clear he is staying in this race for better or worse,” CNN’s Dana Bash reports.

The scandal-ridden politician’s wife is also standing by him to keep running.

Huma Abedin expressed her support for her husband in a speech to the press Tuesday saying, “"I love him, I have forgiven him, I believe in him."

Her intimate statements have left many wondering why she made them and why she is choosing to stay in their marriage.

Well-known for her work in the political arena as a longtime senior adviser to Hillary Clinton, “this is not a woman trapped without options," says CNN Political Commentator Paul Begala.

“I don't think this is simply a strategic decision for her. I think Huma loves this guy. She’s gonna stick with him. She thinks he'd be a good mayor,” Begala says.

“I think this is just her revealing her heart, which must be an incredibly painful thing for her as an intensely private woman.”

Update: This morning on "New Day," CNN's Karl Penhaul reports live from Santiago de Compostela, Spain on the deadly train crash that has now claimed more than 80 lives including one American.

More than 80 have been killed in a high-speed passenger train derailment in northwest Spain.

Stunning new surveillance footage shows the moment of derailment and now there is new concern about the cause.

The footage shows the train jumped the track as it was rounding a sharp curve, and there are early indications the train was traveling too fast.

“The scene is surreal,” reports CNN’s Karl Penhaul. “A packed passenger train approaching the Spanish city of Santiago de Compostela derailed as it hurtled around a curve.”

Its cars were left mangled and strewn around the track in the wake of the wreck; one snapped in half while another caught fire.

“Firefighters and emergency workers swarmed the scene, putting out the billowing fire and feverishly evacuating the train,” Penhaul says.

“In the dark, aided by flashlights, officials pulled injured and dead passengers through the windows, prying open doors to reach the most severely wounded.”

Hospitals are calling for blood donations to aid in the recovery as the death toll and number of injured continue to rise.

Meanwhile, an aide to the prime minister says they are pursuing all possibilities in the investigation into the cause.

And CNN has learned from a justice department spokesman that the driver is being questioned by police.

Follow along at CNN.com for emerging details into the crash.