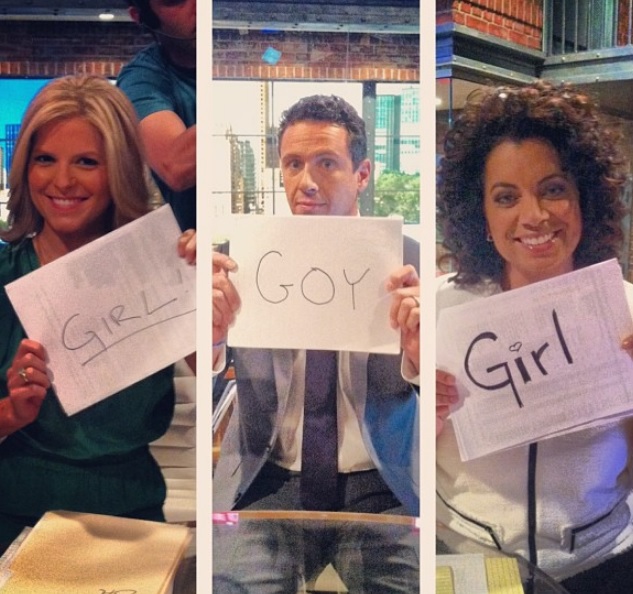 Shaeaun Childs knew the foul stench coming from the garage wasn't just a blocked up sewer.

"I couldn't put up with it. I didn't know if I wanted to throw up. It was definitely something rotting," says Childs.

Customers of his cable business had complained and when he opened the door to search for a dead animal, swarms of flies came crawling through a hole from the adjoining garage, indicating something far more sinister, CNN's Ana Coren reports.

"That was my fear because the smell was that bad and I knew an animal don't last that long when it's rotten," says Childs.

Police were called to the scene and made the grisly discovery, a young woman's body wrapped in plastic garbage bags. Another body was found in an open field and a third in the basement of a nearby abandoned building.

Police arrested 35-year-old Michael Madison, a registered sex offender and owner of the garage. Madison told police he was inspired by serial killer Anthony Sowell who was convicted in 2011 of killing 11 women in Cleveland - he's now on death row.

The case was known as the House of Horrors.

There is now a fear in this small community that a gruesome history may be repeating itself.

Tennessee congressman Steve Cohen says he was "floored" to find out the aspiring young model he believed was his long lost daughter really is not.

The world discovered Victoria Brink when the 64-year-old Democrat was caught tweeting her during the president's State of the Union address. But on "New Day," we exclusively revealed the paternity test proving that he is not Brink's father.

A strange tweet was then sent by Steve Cohen Sunday, which capping off the particularly rough week for the Tennessee Congressman, CNN's Dana Bash reports.

Cohen, who is known for having close ties with the African American community in his heavily black Memphis district, took to Twitter after his car broke down… writing: "Told African American tow driver my week... Father, DNA test, Not Father" He says, you're black! Yo!"

Cohen is referring to the outcome of a story first reported on "New Day" when he discovered Victoria Brink really was not his daughter.

"I felt confident, that it was for sure that I would come out that I was the father," he says. "When I found out I wasn't I was floored."

The bizarre story begins with an even more bizarre back story that hat also revolved around Twitter.

Flashback to February and the President's State of the Union address. Washington was abuzz about what appeared to be a salacious social media blunder when during the speech, the bachelor congressman tweeted "ILU " for I LOVE YOU to an attractive young blonde.

Cohen announced that the aspiring model Victoria Brink was actually his daughter, something he learned from her mother, an old girlfriend he'd recently contacted.

"I couldn't sleep one night and I Googled her and it came out that she had a daughter Victoria. So I facebooked, searched her daughter and it turns out she had this daughter born on the 22nd of April in '88 and that was kind of when we were together," he says.

CNN intended to do a story about a congressman finding his daughter late in life. But during the process, Brink and the man she had always thought was her father, wanted to do paternity tests to be sure.

"The results show that Steve Cohen is not my father," says Brink.

Despite the letdown of learning Victoria is NOT his biological daughter, Cohen says he enjoyed introducing her as his daughter at Washington events, like the white house Christmas party.

Cohen: "Well we still communicate. I still care about her greatly and I think she cares about me and I hope and plan to continue to have a relationship. I think of her still as my daughter."

During today's show, Cohen stopped by unexpectedly to discuss the situation with Chris Cuomo. Watch:

"I had visions of her being my heir and going to her wedding, and having grandchildren and having all those things..." Cohen says.

Kate Bolduan is anchoring "New Day" from Buckingham Palace this morning with the latest updates on royal baby fever.

CNN Royal Commentator Victoria Arbiter grew up in Windsor and at Kensington Palace, and is an expert on the royal family.

“It's going to be the first time since 1894 the reigning sovereign has three direct heirs to the throne living,” she explains. “Queen Victoria was the last person to have that. So really when you think of the history and grandeur of the occasion, that's very exciting.” Watch:

The newest royal is already receiving the pomp and circumstance steeped in tradition based on that excitement. Arbiter says the baby’s name will likely reflect that.

And while Will and Kate have been known to lead more modern, ordinary lives, Arbiter says their child’s name will likely still be rooted in familial history.

“I think they're going to have quite a hard time balancing their desperate desire to be normal while also adhering to the traditions of the royal family.”

Katie Nicholl, author of "The Making of A Royal Romance" and the Royal Correspondent for British newspaper "The Mail on Sunday" adds to that notion of royal protocol.

“The one thing that Kate will have learned when she married into this, the British royal family, is that duty comes before self,” Nicholl says.  Watch:

And the expectation is great. CNN’s Max Foster is camped outside St. Mary’s Hospital in London where the Duchess of Cambridge arrived at dawn.

“The first glimpse of the royal heir will be here on the steps of the hospital,” Foster reports, and a huge amount of media and the public are gathered around to witness it.  Watch:

“This really is a moment in British history. People are very, very excited about catching a moment of it.”

Visit CNN.com for complete coverage on the royal baby.