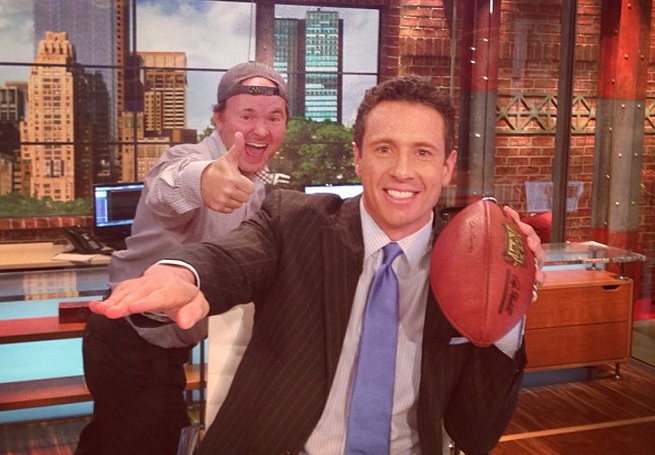 "King of Queens" actress Leah Remini recently left the Church of Scientology after 30 years of membership, and uncharacteristically for her, has been quiet about the split.

“But the actress' sister, Nicole, is speaking out defending her sister's decision in an exclusive interview with My Talk Radio,” CNN’s Pamela Brown reports.

Nicole, who also left the church, says the church is fighting back, using their shared circle of friends as arsenal.

“They literally have pulled in these people and told them they had to choose between relationships with my sister and my mother or the church,” Nicole said in the interview. “And I'm going to tell you, these people chose the church.”

In an interview in Minneapolis, St. Paul, Nicole says her sister's problems with Scientology all started at Tom Cruise and Katie Holmes’ wedding when she asked the head of the Church (David Miscavage) about the whereabouts of his wife, Shelly, Brown reports.

“According to Nicole, that question led to others and ultimately to Leah leaving Scientology.”

After her struggle to walk away from the Church, Leah Remini released just this statement saying, “I wish to share my sincere and heartfelt appreciation for the overwhelming, positive response I have received.”

Someone with first-hand insight into those struggles is Nancy Many, the former president of Celebrity Centre International at the Church of Scientology and author of "My Billion Year Contract: Memoir of a Former Scientologist".

Many says Leah Remini's reasons for leaving the Church stressed on its organizational structure and policy of disconnection. "Even though Scientology still denies it,” Many says, “it does happen.”

Many says the Church is a “very high control group,” that has a policy where members must report on other members.

She says the revelation about David Miscavage  “came about when Leah confided in a very, very close personal friend her concerns. But her close, personal friend was also a Scientologist, and as such…she was to report this, which she did,” Many says.

Zoraida Sambolin, anchor of "Early Start," is documenting her journey with breast cancer – including a double mastectomy surgery- and caught up with "New Day" to update on her experience thus far. Sambolin says that her prognosis is "excellent" and cancer "has been a blessing."

"When you go back and you look at that and you see your son and you see the suffering that my whole family went through, it's kind of difficult," Sambolin says.

"The road is great. I'm in the middle of reconstruction right now. And that's going really well," Sambolin adds. "You know, I've got some decisions to make whether or not I'll go on tamoxifin, it’s an invasive cancer on the left side, so I’ve got to really do a little bit more research and figure out whether that's the next step for me."

Late Thursday, Detroit filed the largest municipal bankruptcy in American history. Now the fate of the once-mighty center of the automotive industry lies in the hands of a federal judge.

The question is– Will this help the 700,000 citizens of Detroit?

“Detroit's downfall has been decades in the making,” CNN's Poppy Harlow reports. “A dwindling population, the decline of the automakers, and political corruption are just some of Detroit's woes.”

With bankruptcy deemed the only choice, the city’s workers are bracing for what could happen to their pensions and health care.

But Detroit's emergency manager, Kevyn Orr, who took control of the city in march, insists bankruptcy will not change the day-to-day.

Orr says, "Services will remain open, paychecks will be made, bills will be paid. Nothing changes from the standpoint of the ordinary citizens' perspective."

“This is really going to affect most city workers, current and retired, because their pensions, their health care benefits are on the line,” Harlow reports. “They could see dramatic cuts.”