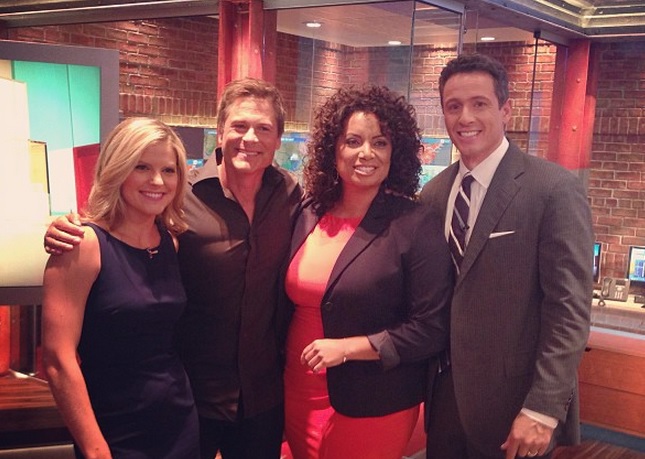 For some California residents, big brother may be going too far.

Outrage is growing over a network of police cameras in Los Angeles that are tracking where you go and when, all by reading your license plate.

“With cameras mounted on a police cruiser…cops in San Leandro, California can capture and record license plates as they drive down any street, an efficient method to catch car thieves or pull over vehicles that show up in a criminal database,” CNN's Dan Simon reports.

Lt. Jeff Tudor of the San Leandro Police Department says, “With technology and with smart good policing, it allows us to keep our public safe."

Local activist Mike Katz-Lacabe, however, believes the method is an egregious violation of privacy. He petitioned the police department and got a hold of the records on his car.

What he found stunned him; “112 instances over two years where police just happened to get images of his car,” and even those of him and his daughters getting out of the car.

“Police say the data can later be accessed to solve crimes–everything from following leads on amber alerts to collecting unpaid tickets,” Simon reports.

“But in this new era of digital rights and privacy, some say there needs to be more transparency and limits to what information can be gathered and stored on citizens, doing nothing more than driving their cars.”

Follow along at CNN.com for more on the story.

In today's edition of the "Good Stuff," reuniting with a long-lost love. Rick Lookebill used to own a 1972 Ford Mustang Mach 1, it was his first car. About 14 years ago, Rick had to sell it, but he never forgot about it, and he's been looking for it ever since. However, try as he might, he couldn't find the car.

But his son did.

Lookebill's son tracked the car down, and convinced its current owner to sell it back. The first ride Rick took in the car after all that time? He took his wife around the block, for the first time, in a quarter century.

If you must head outside to exercise, there are ways to stay safe and healthy. CNN's Dr. Sanjay Gupta shares some tips for working out in the heat with CNN's Chris Cuomo:

Working out in this heat is serious business! Which we're examining with @CNN's Dr. Sanjay Gupta on @newdaycnn