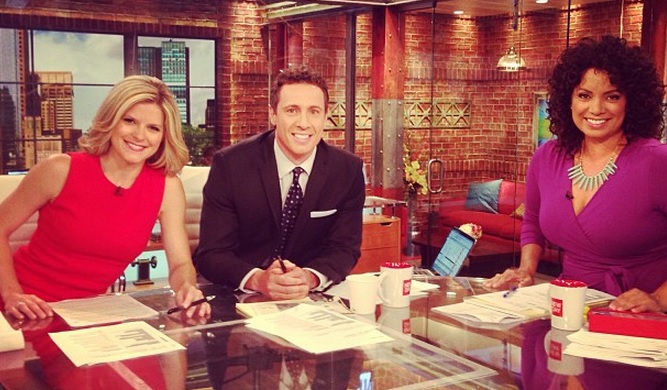 Zimmerman Friend: George is Not a Racist

Jorge Rodriguez answers questions about his friend George Zimmerman’s response to the not guilty verdict in the death of Trayvon Martin, and whether or not Zimmerman has a history of racism and violence.

“This is so far from being racial, it’s not even funny,” Rodriguez says to CNN Anchor Chris Cuomo. “Just because he has a white last name and an African American was dead, automatically everyone assumes racial. This is far from being race. This is just a bad situation that happened.”

“From knowing George and seeing the injuries, something happened that night where he had to protect his life. In which he did so," says Rodriguez.

The royal baby watch in London is driving everyone to distraction. Speculation is running rampant about whether this will be the week the Duchess of Cambridge gives birth to the future King or Queen of England. CNN's Max Foster reports.

A 6-year-old boy swallowed whole by a massive sand dune is in critical condition. He was saved by emergency crews that dug him out, CNN's Pamela Brown reports.

Dozens of first responders rushed to the 11-foot tall mound of sand burying the boy. With excavation equipment in hand, they raced against the clock.

"At that point everybody was really frantically, by hand, trying to dig him out. Once I had ahold of his head, I was supporting his head and just talking to him you know, just like I would talk to my own son," says Brad Kreighbaum a Michigan City Firefighter and first responder.

More than 3 and a half hours went by, and then finally signs of life.

Woessner, unconscious but still breathing, was pulled from the sand and rushed to the hospital. In the end, it may have been a single pocket of air that saved his life.