"What I Learned on the Internets:" Anderson Cooper Edition

British Politician is Dating an Extraterrestrial

British councilman Simon Parks is married to a human woman, but he is claiming that he has fathered children with an alien known as "The Lion Queen." He offers an illustration of his extraterrestrial lover, and details about their lengthy affair. Find out why CNN's John Berman gives the politician today's "Award of the Day!"

Kate Learns to Walk on High-Wire

Millions will watch live this Sunday when The Discovery Channel broadcasts Nik Wallenda as he walks on a two-inch thick wire at 8 p.m. ET. They will use a 10-second delay, according to a Discovery Channel spokesman.

Wallenda holds seven high wire world records including the biggest walk across a waterfall when he crossed Niagara Falls on TV last year.

But this time there won't be a safety harness.

Kate caught up with up him to watch him train, and ended up trying it out for herself. "I didn't tell my husband about it until I got home," she says. 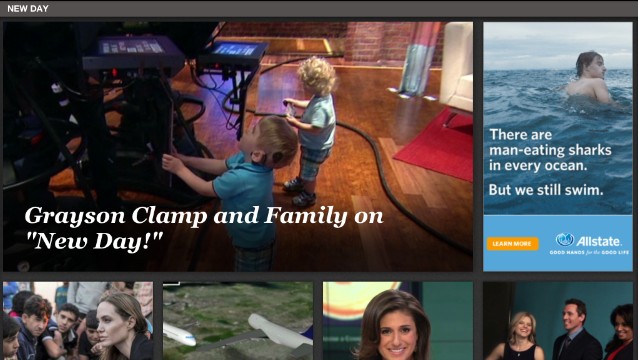 It's been a great first week of shows here at New Day and if you missed any of the highlights, don't worry. You can watch them here at NewDayCNN.com, or by checking out the special "New Day" section in the CNN apps for iPhone, iPad, Android phones and BlackBerry 10 devices. If you already have the CNN app, make sure you’ve updated to the latest version.

And you can even use the CNN apps for iPhone, iPad and Android Phones to watch New Day live! All your need is your username and password from your television service provider.